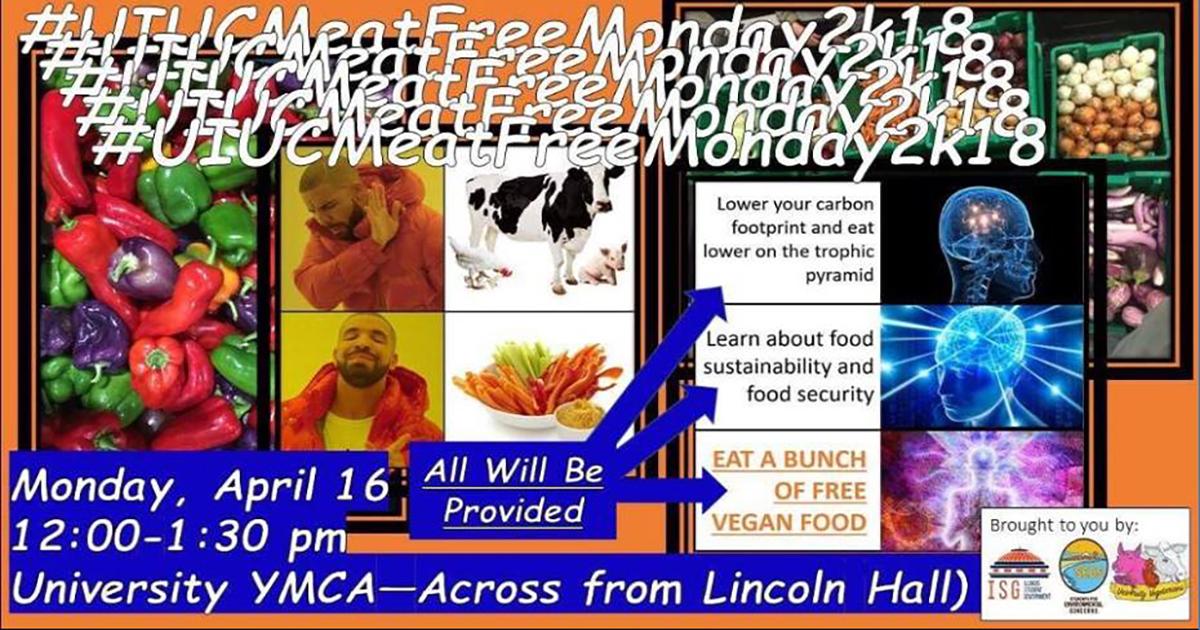 The purpose of the event is to “raise awareness of and celebrate the beneficial environmental impacts of reducing dietary meat consumption,” according to the resolution, which adds that the demonstration is also intended to “encourage campus dining halls to serve a greater proportion of plant-based foods.”

"We will be serving FREE vegan/vegetarian options from local restaurants. Community members and students will be giving short talks about why they chose to be #meatfree."

The document offers several justifications for such environmentalist activism, such as citing the university’s 2015 Climate Action Plan, which pledges to “exercise leadership by modeling ways to minimize global warming emissions.”

It then elaborates that, according to the United Nations Food and Agriculture Organization, animal agriculture accounts for “roughly 18% of all greenhouse gas emissions” while also contributing significantly to the fact that agriculture is responsible for “89-90% of all water usage in the United States.”

To pay for the event, the resolution allocates $840 in ISG funding, including $50 dollars for stickers, $200 for “miscellaneous” expenses, and $500 for food.

In addition to ISG, the Students for Environmental Concerns (SECS) and University Vegetarians student groups are also co-sponsoring “Meat Free Monday,” which will take place at the University YMCA facility.

“Learn about the benefits of going ‘meat-free,’ even for one day a week,” the Facebook event page entices students, noting that “we will be serving FREE vegan/vegetarian options from local restaurants,” and that “community members and students will be giving short talks about why they chose to be #meatfree.”

Notably, the “Meat Free Monday” resolution was passed during the ISG meeting on April 4, the same day that the body impeached a conservative student for his role in organizing a memorial wall for victims of illegal immigration.