Student critical of drag show at CATHOLIC college under fire 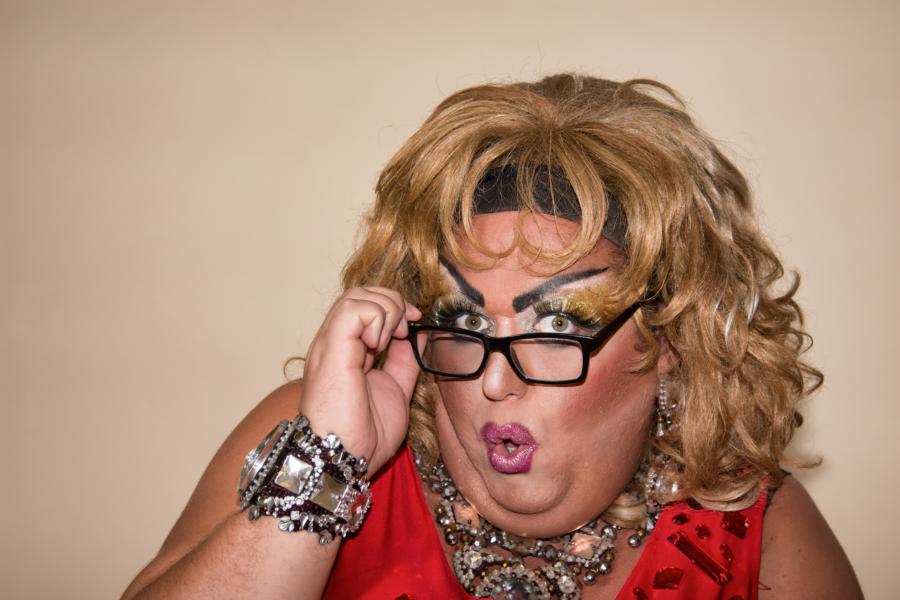 The editor-in-chief of a Catholic Jesuit university student newspaper defended a student columnist critical of the college's annual drag show, telling critics "if you are offended by his writing, don’t read his column."

"I can’t help but wonder," John Carroll University student Declan Leary wrote in an op-ed for the Carroll News, "who thought it would be a good idea to hire grown men to dress up as women on a Catholic campus for the deviant entertainment of misguided young people."

"[I]f you are offended by his writing, don’t read his column."

"It is a terrifying testament to the decay of our faith and our University that, throughout the approval process for this event and the six years for which it has now continued, not a single person in a position of authority stood up (or at least stood with sufficient strength) to suggest that perhaps such a flagrant celebration of sexual perversity might just be wrong," Leary added.

Cleveland.com reported that the campus newspaper received multiple letters to the editor in response to Leary's column, all but one of which was critical of the op-ed. The outlet also reported that Leary received emails from others who supported his point of view.

"My identity is not up for debate. This is not a hot-button topic in the first place. My LGBTQ+ peers are not an issue to be addressed in a newspaper...the fact he even thinks it's up for debate is dehumanizing," Lillian Perkins, a JCU senior, told Cleveland.com.

The College Fix  reported that Leary met with the school's Title IX coordinator following the publication of the op-ed, at the college's request, although "nothing really came" of that meeting, Leary later told the outlet. Leary's op-ed was published around the same time as a separate op-ed, written by Kathleen Mackey, which supported the university's annual drag show.

"To me, the argument that a drag performance doesn’t belong at a Jesuit Catholic institution, like ours, is a claim I don’t even feel is worth giving attention to. But apparently, it needs to be done," Mackey wrote.

Although both points of view were presented in the campus newspaper, pushback against Leary's perspective persisted, leading to Carroll News Editor-In-Chief Olivia Shackleton defending Leary in a separate op-ed, while also noting the fact that John Carroll University is a private institution where students "are not protected under the First Amendment."

"[T]he newspaper is the voice of the student body, Declan’s column is not. Every week we publish an Editorial, which reflects the opinion of the entire staff. Every week Declan writes a column, which reflects his individual views. These are not interchangeable; his views do not reflect everyone’s views," Shackleton writes, further noting Mackey's column in support of the drag show.

"Declan’s voice deserves to be heard just as much as anyone else’s. Even though it may be an unpopular view, that does not mean it is not a valid perspective. As for all of the hate speech comments, I have to disagree," Shackleton adds.

Shackleton goes on to note that she has "many close friends who are a part of the LGBTQ+ community." However, she adds, "I stand firm in my conviction that everyone should have the right to discuss their ideas and views, even if they are unpopular and possibly offensive...Declan has a platform, but so do you."

Shackleton reiterates a previous point in which she stated that everything that is published in the Carroll News is read and approved by her, as the editor-in-chief of the publication. And to those who take issue with Leary's writing, Shackleton says, "if you are offended by his writing, don’t read his column."

Nicole Neily, president of Speech First, weighed in on the recent controversy in a statement to Campus Reform.

"The range of 'acceptable' discourse on college campuses is very narrow and it continues to shrink. School administrators reinforce this trend by sending both overt and discreet signals that their viewpoints are unwelcome," Neily said.

"Unfortunately, conservative students on campus receive a very clear message on a regular basis - not only are their political and religious views objectionable but are also bigoted and hateful. Rather than face the punishment-by-process indignity of disciplinary hearings, students choose to stay silent, self-censoring themselves out of an abundance of caution. In my mind, that chilling poses the greatest threat to free speech on campus today," she added.

John Carroll University did not respond to a request for comment in time for publication. However, a spokesman for the university told Cleveland.com that it "encourage[s] respectful dialogue and communication on these cultural and societal issues, and offer[s] campus resources and programming to support those efforts."