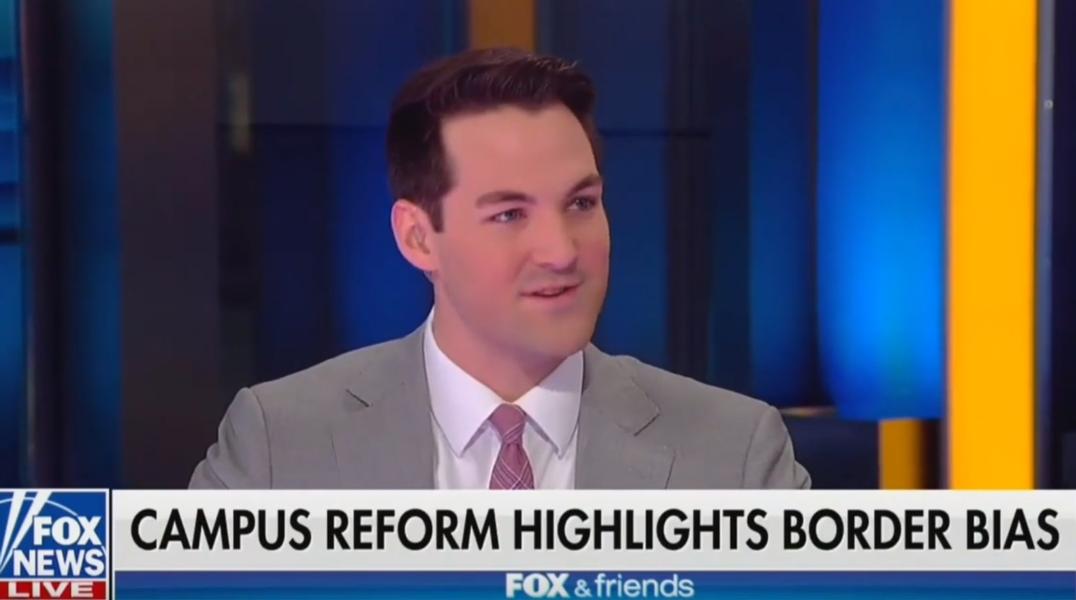 You might have seen Campus Reform's latest video, in which Cabot Phillips asks students at American University to respond to Democrats' immigration and border wall quotes from years ago, while not telling them who made the statements.

Phillips joined Fox and Friends  Wednesday to discuss his latest clip and the trouble he faced while recording the video on the Washington, D.C. campus.

"They came and said you can’t be here anymore. You need to leave."

"The reception is not always great. At this university, American, we were kicked off campus. They came and said you can’t be here anymore. You need to leave," Phillips recalled, noting the fact that American is a private university.

During the interview, Earhardt also asked Phillips why it's important to physically go to college campuses and ask students these questions.

"I think it’s important because we have to bring outside ideas. Universities and really all of America should be a marketplace of ideas where you hear both sides and make up your mind for yourself. That hasn’t been happening [at] most universities. That’s why we do this at Campus Reform, to get people to think and have those lightbulb moments," Phillips said.

American University told Campus Reform in a statement Wednesday that "all reporters must ask to come on to our campus and have the request approved."