Conservative students more informed than liberals 'because they have to be,' Phillips says 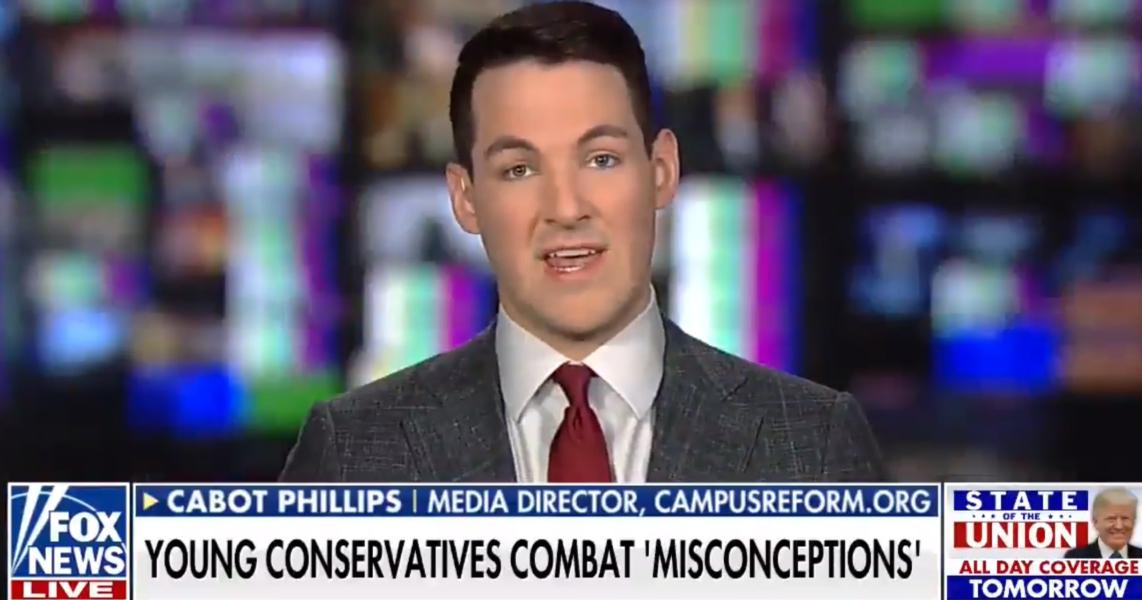 Fresh off the debut of his latest Campus Reform video in which he spoke with conservative students at Liberty University in Virginia, Cabot Phillips joined Fox & Friends Monday morning to discuss the conversations he had on the private, evangelical college campus. While Phillips typically travels to liberal college campuses, he decided to switch it up to find out how conservatives defend their views versus how liberals defend theirs. As it turned out, the contrast between the two was stark.

Phillips noted that having been on hundreds of campuses, most of them liberal, he's seen a "growing trend" among conservative students.

"If you're conservative in America today, you're consistently having to push back..."

"[Conservative students] are more informed than their liberal counterparts because they have to be," Phillips said. "If you're conservative in America today, you're consistently having to push back against the media, against your professors, and oftentimes against society as a whole so you end up knowing really well why you believe what you do and how to defend and articulate those beliefs."

Phillips then contrasted those observations with how liberal students are able to defend their views.

"Sadly, many liberal students, because they're intellectually coddled in America they don't have to really arm themselves with facts and statistics and so young conservatives are oftentimes more engaged and more knowledgable about their beliefs," Phillips said.