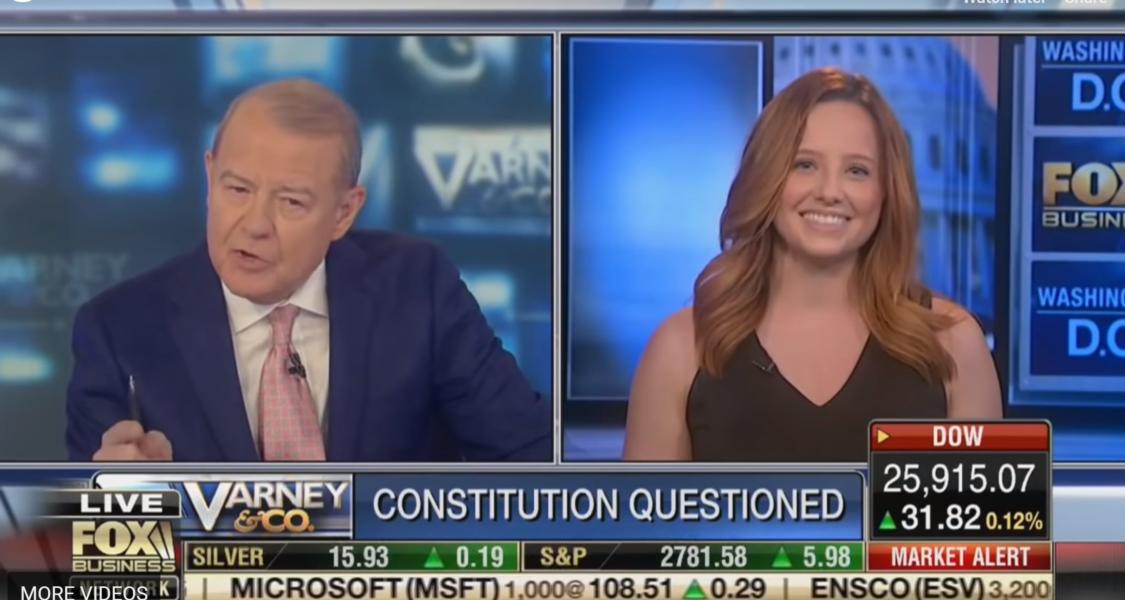 Campus Reform's Emma Meshell said Tuesday that there is a growing "anti-American epidemic" on the nation's college campuses.

There to discuss Campus Reform's report on how Syracuse University recently denied a conservative student group registered status because of its view on the U.S. Constitution, Meshell said the college's reason for doing so was bogus.

"Syracuse's reason is that the Constitution is too exclusionary and here's why that's bunk," Meshell said.

[RELATED: Syracuse U: U.S. Constitution is 'exclusionary' to some students]

"We have a current situation in the United States where we have so many people who want to come to our country and live here that we don't know how to properly process all of them coming here," Meshell explained, "so calling the Constitution exclusionary is not just false, but it's actually an insult to all of the people whose rights have been protected by this Constitution since it was written."

"This is one of the most influential documents in history and the most influential certainly when it comes to protecting individual freedoms and civil rights," she added. Meshell later suggested that Syracuse's decision was motivated by "an anti-American sentiment on college campuses," referencing similar incidents at schools nationwide.

Meshell noted how Michigan State University shot down a proposal to install more American flags on campus because that was seen as lacking inclusion. A more recent example occurred at Santa Barbara City College in California, where the college's board of trustees banned, but later reinstated, the Pledge of Allegiance because of "white nationalism" concerns.

"So it's important that we cover these issues because really what's at hand here is an anti-American epidemic on our college campuses," Meshell said.