EXCLUSIVE: Update on assault against conservative at UC-Berkeley 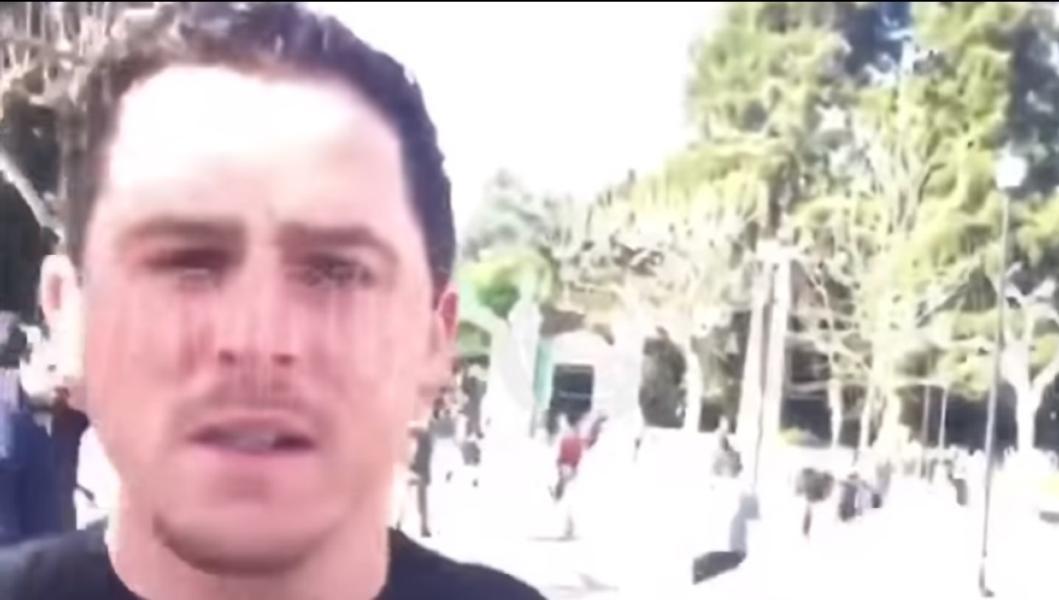 The University of California-Berkeley told Campus Reform Tuesday that it is seeking a felony arrest warrant from the Alameda County District Attorney's Office as a result of its investigation into the Feb. 19 assault against Leadership Institute Field Representative Hayden Williams.

"If the warrant is issued, UCPD will immediately pursue the suspect’s arrest."

Williams is a field representative for the Leadership Institute, which is the parent organization of Campus Reform.

"The University of California Police Department (UCPD) has concluded its investigation into the February 19th assault on the UC Berkeley campus. Based on the results of that investigation, the department is seeking a felony warrant from the Alameda County District Attorney for the identified suspect. The District Attorney will evaluate the case. If the warrant is issued, UCPD will immediately pursue the suspect’s arrest," UC-Berkeley Assistant Vice Chancellor Dan Mogulof told Campus Reform.

The Alameda County District Attorney's office told Campus Reform that it could not immediately comment on this new development.

Mogulof was referring to the violent assault against Williams, a conservative, on the campus last week. Williams had been invited to the campus to help conservative groups recruit new members.

“The fact that the victim was not a campus affiliate has no bearing on this case. He had every right to be on campus, and every right to express his point of view,” Mogulof previously told Campus Reform.

Citizens United announced Tuesday it is offering a $50,000 reward to anyone with information leading to an arrest.

Notice is hereby given that Citizens United Foundation is offering a $50,000 reward in exchange for information leading to the apprehension and conviction of the person who perpetrated an assault and battery on Hayden Williams at UC Berkeley. https://t.co/J1fZYsmBpg pic.twitter.com/wGcY8sKQkb

Berkeley is no stranger to anti-conservative violence. During a number of violent riots that broke out in early 2017 in response to appearances by several conservative speakers such as Milo Yiannopolous, a Diablo Valley College ethics professor named Eric Clanton smashed at least one person upside the head with a bike lock.

Clanton later took a plea deal which entailed the dropping of all three felony charges against him.

Another rioter sprayed Trump supporter Kiara Robles in the face with pepper spray for wearing a hat that read, “Make Bitcoin Great Again.”

This is a developing story. Updates will be added.