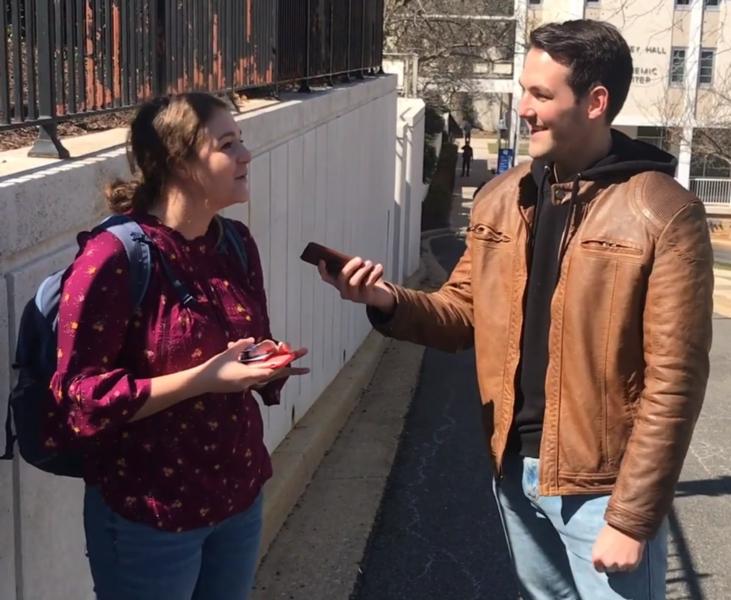 Campus Reform's Cabot Phillips, ahead of President Donald Trump signing an executive order Thursday that is intended to address free speech on college campuses, talked with students at Marymount University in Virginia to ask them their thoughts on what type of speech should be allowed and the type of speech they think crosses a line.

A number of students suggested that hateful, offensive, or rude speech should not be considered free speech.

"I think if it's, like, hateful and disrespectful to specific groups, then that's not OK"

"I think if it's, like, hateful and disrespectful to specific groups, then that's not OK," one student said.

Another student suggested that "I think that you can be rude but not saying anything discriminatory and...you know..." while another stated, "I understand you have free rights to say what you want about people but when it's, like, negatively impacting our school as a whole and other students around you, that's crossing the line."

Trump, on Thursday, will sign an executive order that will require colleges to certify they are complying with First Amendment protections in order to receive federal research dollars, according to a senior administration official.

The official declined to provide any more details of what exactly is in the order.

Trump previously stated at CPAC that the order would "require colleges and universities to support free speech if they want federal research dollars." In anticipation of what the president initially said, Campus Reform compiled a report, based on publicly available data, showing how much colleges and universities receive in federal research funding.

The White House did not respond in time for publication to Campus Reform's request for further comment when asked if the order will, in fact, tie federal research dollars to colleges' support of free speech, as the president initially that said it would.