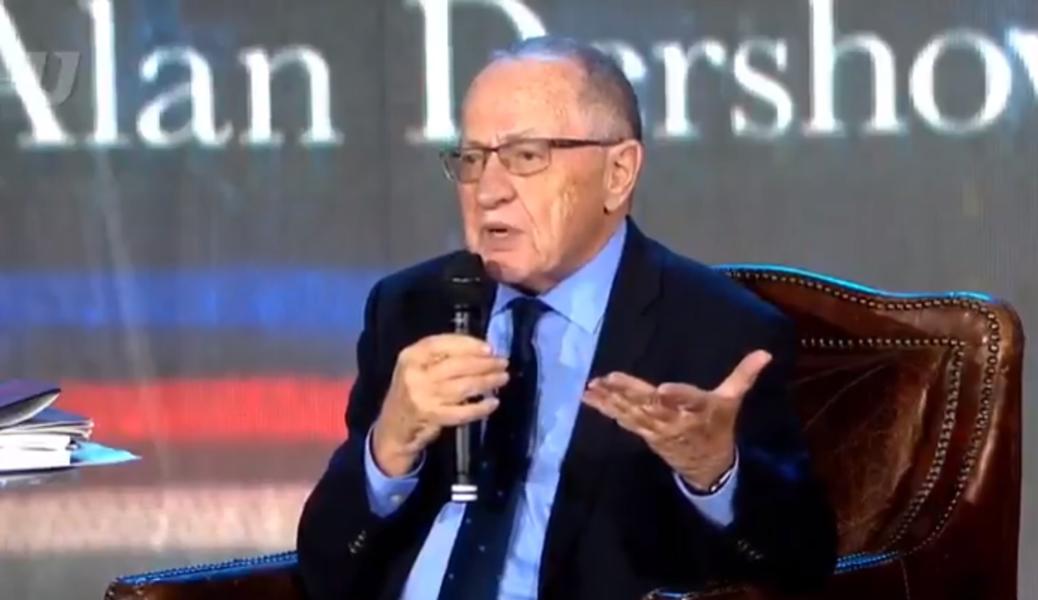 "Somebody with your views would not be welcome to speak today at major Ivy League universities."

"Somebody with your views would not be welcome to speak today at major Ivy League universities," Dershowitz said, referring to Falwell.

"And I think many people would be shocked to know that Liberty University is more diverse in its opinions than Harvard University," he added.

.@AlanDersh was very open about his opinions about free speech on college campuses! pic.twitter.com/kxtPKyaB11

Dershowitz's comments came the same week that President Donald Trump signed an executive order intended to withdraw federal research funding from colleges and universities, including Harvard, that do not adequately support free speech.

[RELATED: Trump officially signs free speech exec. order: If schools censor, 'we will not give them money']

According to a Campus Reform report, Harvard University received $573,157,000 in federal research funds in 2017.