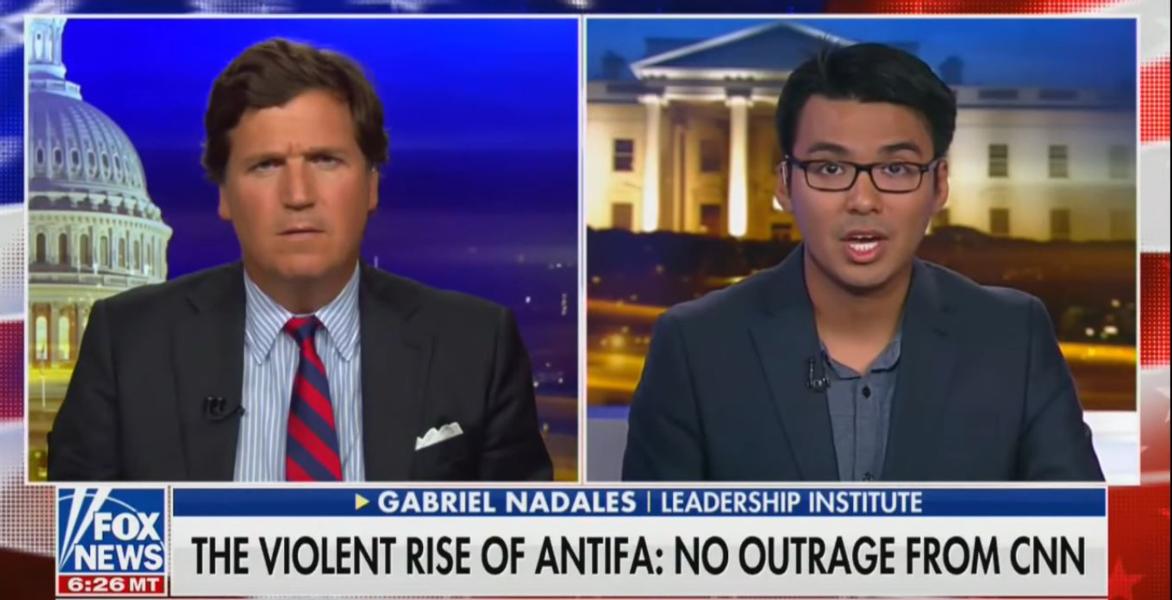 Nadales, who is a Regional Field Coordinator for Campus Reform's parent organization the Leadership Institute, joined Fox News' Tucker Carlson Tuesday night to discuss his past experience with the radical group, what he believes is driving the violence, and how to reverse it.

"People are being attacked because of Antifa. We need to be able to hold Antifa accountable," Nadales said.

Recalling the time he spent as part of the group known as Antifa, Nadales said that "back then it was just a group that went down to go protest against what we thought were fascists. However, Antifa is far more violent today than it ever was."

Nadales added that in order to understand the group that perpetuates such violence, "we have to go into the college campuses."

"Throughout the country, we have a lot of different professors who are advocating for violence," Nadales continued, citing examples such as Dartmouth University former associated visiting scholar Mark Bray, who has promoted political violence, as documented by Campus Reform, as well as a more recent instance in which a Colorado State University professor who said she is "ready" to punch political opponents "in the neck."

"Unfortunately we are seeing a resurgence of political violence by the Left," Nadales said, while citing these examples.

Carlson then asked Nadales if he believes that Antifa is "being incubated on college campuses....by professors."

"I think so," Nadales said. "I think that's where they're getting a lot of their philosophy from."

Editor's note: A previous version of this post identified Mark Bray as a Dartmouth professor. He is a former associated visiting scholar.