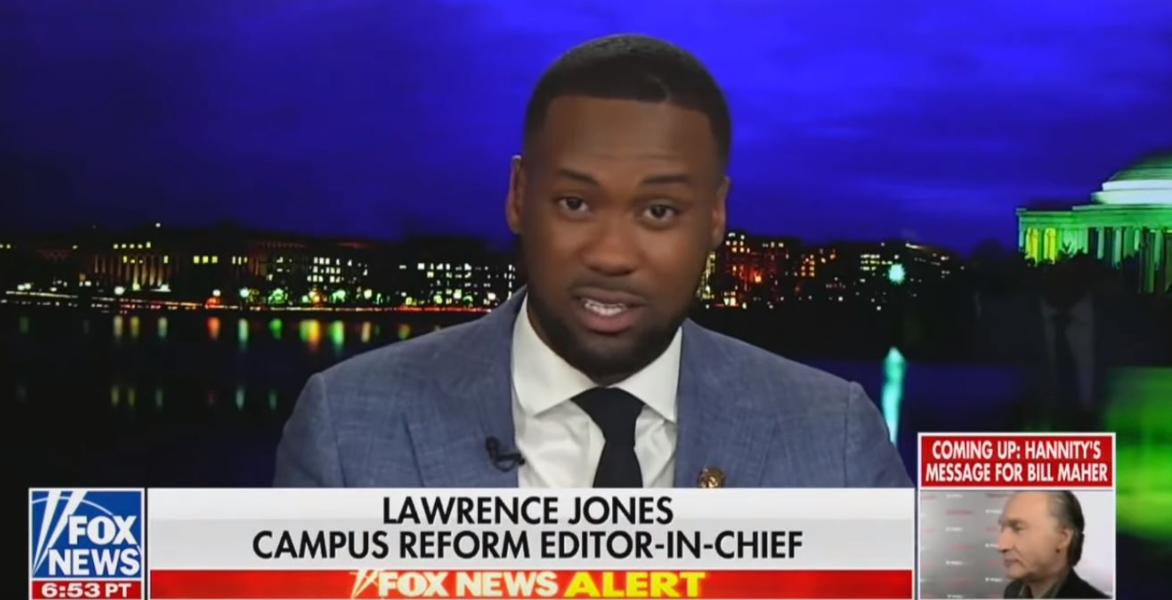 An NBC News/Wall Street Journal poll released Sunday found that Americans between the ages of 18 and 38 value "patriotism," "religion/belief in God," and "having children" much less than older Americans. The poll comes just weeks after a separate Pew Research survey found that young Americans trust college professors more than the military, police officers, and religious leaders, as Campus Reform reported.

"these kids are being indoctrinated on the college campuses"

"That's what young people think? Are we not telling them about America's sacrifice for the cause of liberty and freedom? Are we not teaching about these tyrannical nations, where countries do not provide their citizens liberty, freedom, choice," Hannity asked.

Jones responded by saying "we're teaching them on college campuses...anti-American rhetoric, anti-capitalism, that Christianity is the only religion that is bad. We're not educating about the other dangers of socialism. Right now the college campus has been a cesspool for liberal indoctrination and we're getting ready to destroy an entire generation just because conservatives, quite frankly, haven't paid attention to what's happening on the college campus."

"Our young people are in danger and we wonder why people like [Rep. Alexandria Ocasio-Cortez] and [Rep. Rashida] Tlaib and the 'squad' are getting so much support. It's because these kids are being indoctrinated on the college campuses, and the parents are paying for it and the taxpayers are paying for it," Jones added.