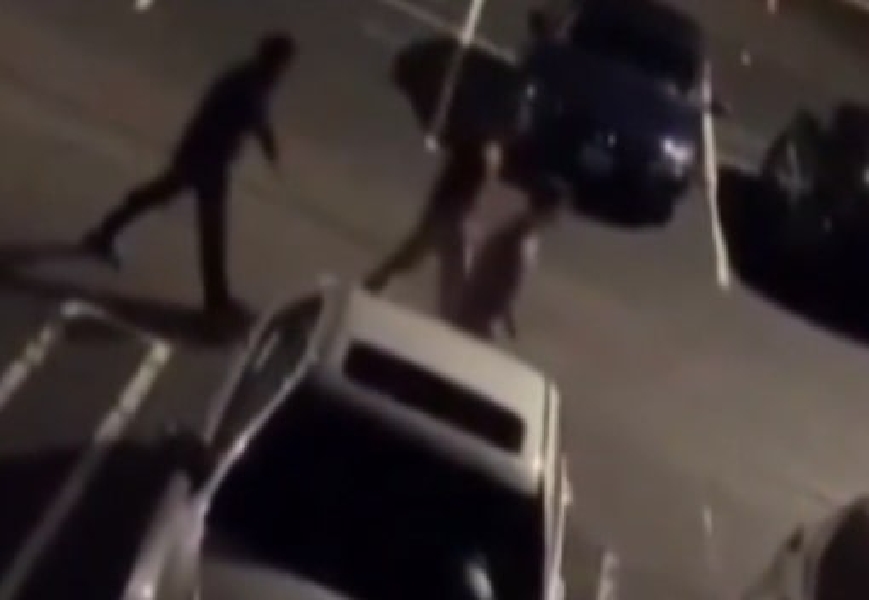 University of Connecticut Police arrested Monday two men who were allegedly seen in a viral video reciting a racial slur.

The incident occurred on Oct. 11 in the parking lot of an off-campus apartment complex. In the video, there are three men walking through the lot. An individual took the video from the window of an apartment building, according to local media reports.

The video prompted the UConn NAACP chapter to pen a letter to the editor of the campus newspaper, The Daily Campus, calling on officials "to fully investigate this incident and apply the proper justice." Following those calls, the university confirmed to Campus Reform Monday that two of the three men allegedly seen in the video were arrested under a Connecticut state statute that makes it a crime to "ridicule" certain persons.

Investigations are underway into hate speech at UConn. Students are demanding more be done to promote tolerance after a video captured a racial slur being said several times. #NBCCT pic.twitter.com/skrVRhjx3Y

UConn spokeswoman Stephanie Reitz confirmed in a statement to Campus Reform the arrests of the men who were "heard shouting a racial slur."

"The two students both were charged under CGS 53-37, ridicule on account of creed, religion, color, denomination, nationality or race," Reitz said. "A third person had accompanied them as they walked outside of the apartments, but the police investigation determined that individual had not participated in the behavior."

The two men arrested were identified in a police report obtained by Campus Reform as Ryan Mucaj and Jarred Karal, both 21. The police report states that Mucaj and Karal "played a game in which they yelled vulgar words" after leaving an area business.

Mucaj and Karal are scheduled to appear in court on Oct. 30. If convicted, they could face fines of up to $50, up to 30 days in jail, or both.

UConn President Thomas Katsouleas released a statement reacting to the arrests, saying, “It is supportive of our core values to pursue accountability, through due process, for an egregious assault on our community that has caused considerable harm. I’m grateful for the university’s collective effort in responding to this incident, especially the hard work of the UConn Police Department, which has been investigating the case since it was reported.”

In a 2018 column for Reason, University of California at Los Angeles law professor Eugene Volokh called the statute under which the men were charged "obviously unconstitutional, because it suppresses speech based on its content (and viewpoint), and because there's no First Amendment exception for speech that insults based on race or religion."

The arrests come less than one month after New York City banned the use of the term, "illegal alien," which is the legal term in the U.S. code for “any person not a citizen or national of the United States.” The arrests come the same week that Massachusetts lawmakers hold a hearing on whether to impose a fine of up to $200 for using the word "bitch."

The arrests also follow Campus Reform's reporting on a Knight Foundation survey that found 41 percent of college students do not believe hate speech should be protected under the First Amendment.