Five arrested, one charged amid Ann Coulter chaos at Berkeley 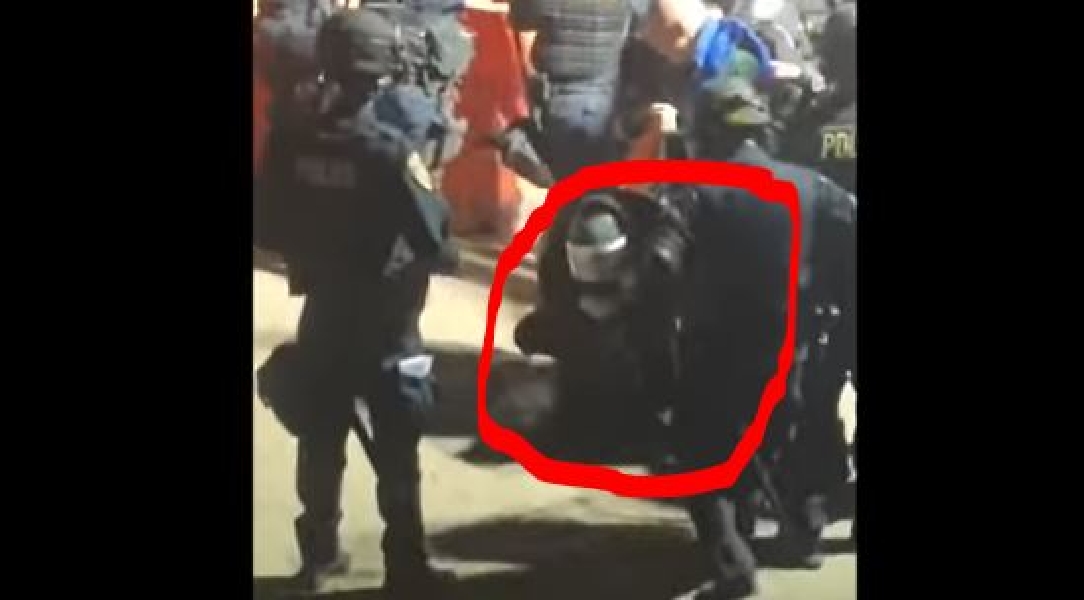 On Wednesday, an estimated 2,000 demonstrators descended on the University of California-Berkeley to protest the Berkeley College Republicans’ Ann Coulter guest lecture.

Protesters blocked the entrance to the event venue, physically intimidating event-goers by getting in their faces and at some points physically engaging with attendees, video of which Campus Reform obtained exclusively and previously published. The protests led to multiple arrests of students and nonstudents, according to the university.

Police arrested five individuals whose names have been provided to Campus Reform from the university. Among those arrested were two non-students - Brandie Youssif and Vincent Cathaline - and three students - Michelle Cardenas, Felicia Jordan-Yamaguchi, and Stephanie Guiterrez.

Youssif has been charged with battery on a peace officer, trespassing, and violating a seven-day exclusion order from UC-Berkeley. She was bailed out of the Berkeley city jail after being taken into custody.

The other non-student, Vincent Cathaline, was arrested for wearing a mask as well as resisting, obstructing, and delaying. Cathaline was cited and released on the scene and was then transported to a nearby hospital for an unknown medical issue.

Michelle Cardenas, a third-year UC-Berkeley student, was arrested on the grounds of resisting, obstructing, and delaying. shewas cited and then released on the scene. On Cardenas’ Facebook profile, she alleges that an elderly male event goer struck her, but the video posted on her Facebook appears to show someone striking the male first. It's not clear from the video whether that individual is Cardenas.

Cardenas voiced her disappointment with a UC Berkeley meme page called “Overheard at UC Berkeley," where she posted the video.

She claims, “I was simply asking for help in retrieving any further footage of a white man assaulting me, hitting me on my face, and physically attacking me + UC Police wrongfully arresting me and brutally slamming me on the floor. If anyone knows any friends, classmates, or yourself who have live footage of the white man hitting me or UC Police arresting me, PLEASE send me the videos/documentations. IM SICK OF THIS WHITE SUPREMACY, BUREAUCRACY, RACISM, POLICE BRUTALITY, AND VIOLENCE AGAINST MINORITIES AND WOMXN.”

Stephanie Guiterrez, another student arrested for resisting, obstructing, and delaying, was transported to but then released from Berkeley city jail without charges.

The third student, Felicia Jordan-Yamaguchi, was also arrested for resisting, obstructing, and delaying. She was cited and released on scene.

Dan Mogulof, assistant vice chancellor of communications at UC-Berkeley, told Campus Reform that, “UC Berkeley will maintain its unwavering commitments to free speech and to providing for the safety of the campus community and its guests without regard for their perspectives. That applies to speakers, as well as those engaged in lawful protest that abides by the campus’ Time, Place, and Manner rules.

"The University of California Policy on Speech and Advocacy guarantees students the constitutionally protected rights of free expression, speech, assembly, and worship, regardless of their faith, beliefs, origins, or identities. In that context, we strongly condemn violence and harassment of any sort, for any reason, regardless of who the perpetrators or targets may be. We also condemn actions that deprive others of their ability to exercise their constitutional rights, without regard for their perspectives or beliefs," Mogulof added.

Mogulof reiterated comments from Chancellor Christ, who recently stated, “In these angry, polarized times, we must also find ways to engage respectfully with those who do not share our beliefs. We can learn from difference and use that knowledge to improve our ability to make a case for our own perspectives. If we can engage in respectful debate and abide by our Principles of Community, differences of opinion need not lead to divides and our heterogeneous community can thrive without homogeneity of belief and perspective.”

Mogulof went on to say that the chancellor “has made clear the extent to which she prioritizes respectful engagement, and ensuring that all Berkeley students, regardless of their beliefs, origins, or identities, feel respected and a sense of belonging.”

Bradley Devlin is a California Campus Correspondent, and reports liberal bias and abuse on campus for Campus Reform. He studies Political Economy at the University of California, Berkeley, where he serves as the External Vice President of Berkeley College Republicans.