Rutgers prof: Iowa caucuses are a 'sickening display' of 'whiteness' 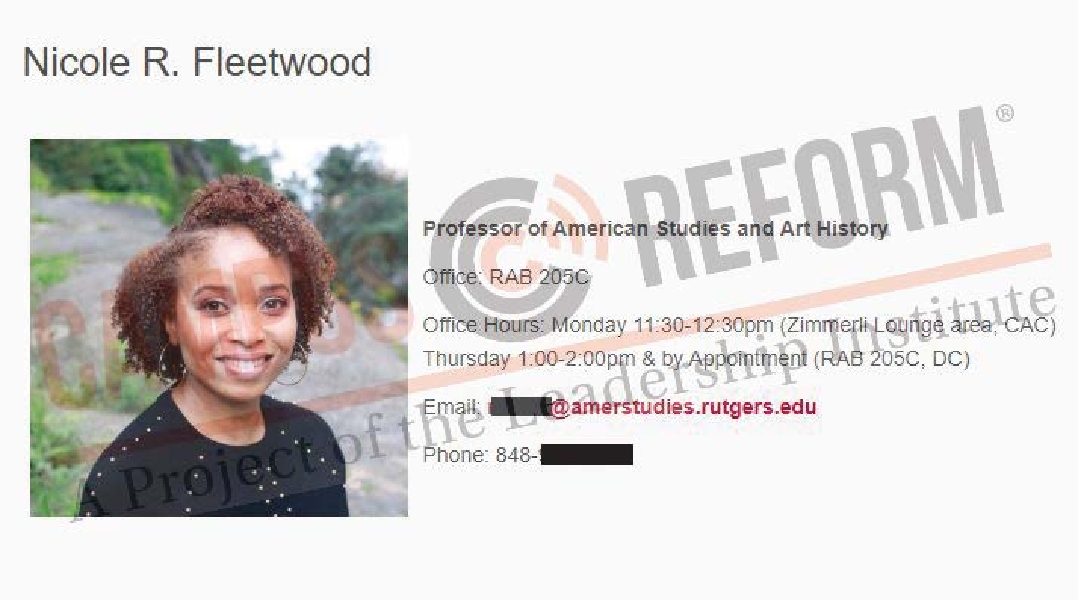 A professor at Rutgers University in New Jersey posted a tweet complaining about the “whiteness” of the Democratic Iowa caucuses.

Rutgers American studies and Art History professor Nicole Fleetwood had some concerns about the race of the Democratic candidates in the
Hawkeye State.

“Watching the Iowa Caucus is a sickening display of the over-representation of whiteness,” Fleetwood tweeted the night of the contests.

[RELATED: Prof: 'I am blinded by my whiteness,' 'don’t know all of what it means to be white or male or a US citizen']

She has written three books titled Marking Time: Art in the Age of Mass Incarceration, On Racial Icons: Blackness and the Public Imagination, and Troubling Vision: Performance, Visuality, and Blackness.

The lack of diversity of the Democratic candidates has been widely criticized among many in the party as well as by other academics.

UC-Berkeley professor and former Secretary of Labor Robert Reich criticized the demographics of Iowa on Twitter, saying “Think about this. Iowa is 90.7% white. Iowa is now the only state with a lifetime voting ban for people with a felony conviction. Black people make up 4% of Iowa’s population but 26% of the prison population. How is this representative of our electorate?”

Former presidential candidate Julian Castro also questioned Iowa hosting the first-in-the-nation caucus, saying, “I was asked today in Iowa about the order of our primaries. I appreciate how seriously Iowa & New Hampshire take their role as first-in-the-nation. But we’ve changed in the 50 years since order was established—and I believe it’s time our primaries reflect our nation’s diversity.”

Fleetwood has previously stated that "every level of govt“ is guilty of "upholding ideology of white hate mongering and violence against non-white people."

Campus Reform reached out to Fleetwood for further comment but did not hear back in time for publication.