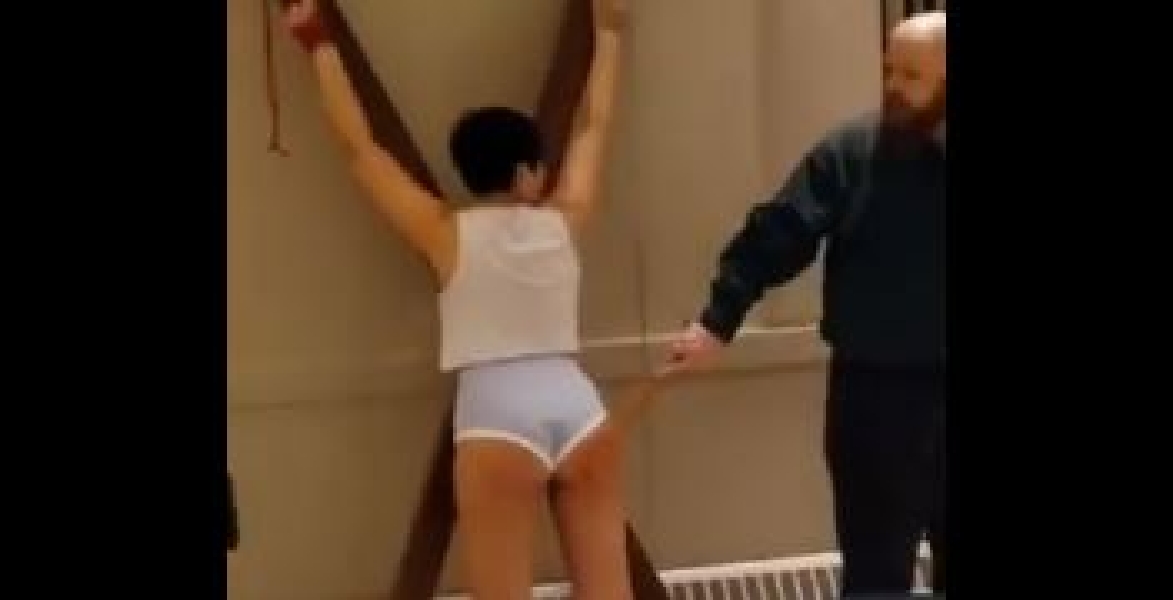 UPDATE: IU announced after publication of this article that it canceled the final day of its "Sex Fest."

"Our public health researchers have found some evidence to suggest that people are engaging in a broader range of sexual activities and as a result, it is the IU Health Center's mission to make sure they practice it safely."

New video and photos out of Indiana University show an individual being publicly whipped as part of a university-sponsored “sex fest.”

The Indiana University Health Center’s three-day 4th annual sex fest includes booths showcasing various sex toys and flogging mechanisms, complete with diagrams showing students how to use them. Some of the exhibits include free cupcakes and contraceptives, as well as free HIV testing, according to the Indiana Daily Student. Attendees also receive t-shirts that say "I love sex."

Wednesday's events included a "Kink Workshop" and educational booths demonstrating the "safe use of different sex toys." Students were also invited to a workshop on "contract development and boundaries."

Student congressman Matt Ahmann (@realMattAhmann) tweeted a video of part of the event, which included a man whipping a woman while she was tied up. Ahmann shared the video with Campus Reform.

Among the options to either circle or cross out in the "bondage" category were "rope," "leather/cuffs," "cages," "collar/lead." In the "sensation play" category, "electricity," "hair pulling," "scratching," "mind fucks," and "exhibitionism" were among the options.

One category inquired about "marks," giving participants the option of "none," "for the day," "for the week," or "for the year."

[RELATED: Scholar: ‘Kinky people’ should be a protected class]

The event is sponsored by the student-run Sexual Health Advocacy Group, the Community Capacity for Prevention and Education, the Residence Hall Association and the IU Health Center.

The event is being funded by the university, according to Mr. Carney. “...the money comes largely from grants and research funding, but also two student organizations.”

"I'm beyond disgusted that this a university-sponsored event..." he wrote in a tweet, adding that UI "is morally bankrupting my generation."