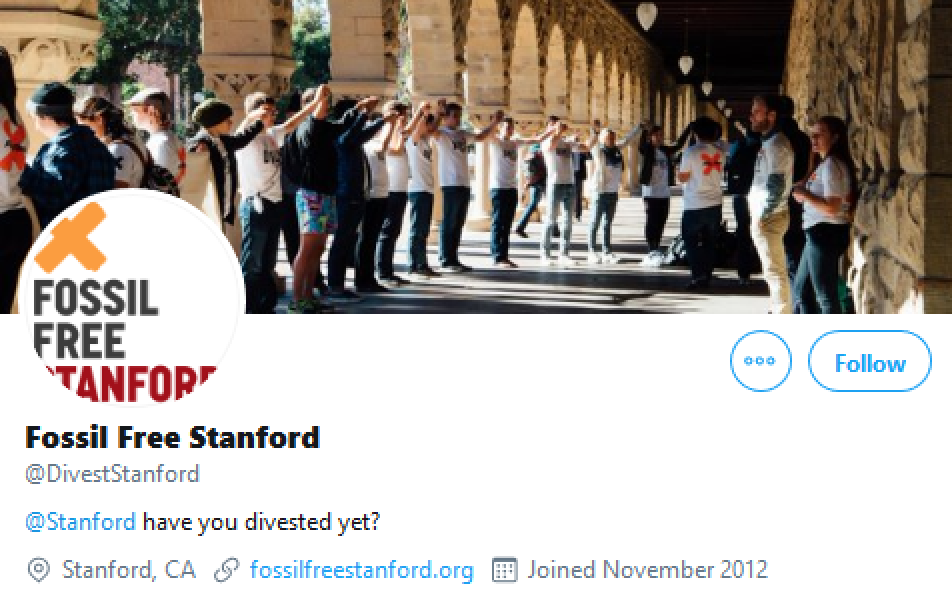 The teach-in was facilitated by a group of faculty and so-called experts who aimed to equip students with the information they need to become better climate activists, reported the Stanford Daily. The ultimate goal of this event and its organizing group was to compel Stanford to cease all investments in the fossil fuel industry and move to “ethical” alternatives.

“The industry wants to be able to drill where they want to, and this happens to be minority, Latinx communities."

“Based on our research, ethical investment is not less profitable,” Erica Scott, president of the Associated Students of Stanford University told The Stanford Daily.

Stanford Ph.D. candidate David Gonzalez who spoke at the teach-in takes issue with how the fossil fuel industry works in close proximity to minority communities.

“The industry wants to be able to drill where they want to, and this happens to be minority, Latinx communities,” he said, adding that some oil wells are within 2 kilometers of said communities, according to the Daily.

Monday’s faculty-led teach-in was not an isolated event. Rather, it served to kick off Fossil Free Stanford’s “week of action” that is set to include rallies, social media campaigning, and a “die-in” on the center of campus where students feign death to raise awareness.

Fossil Free Stanford has been organizing such activism for years. The group traces its roots back to 2012 and seems to take credit for a 2014 push that convinced the university to divest from the coal industry.

The student activist group has not always been successful, however. In 2015, members of Fossil Free Stanford vowed to hold a sit-in until their school divested from fossil fuels-- only to be dissuaded by the threat of disciplinary action.

Campus Reform reached out to Stanford but the university did not respond in time for publication.

Kyle M. Hooten is a Minnesota Campus Correspondent and reports on liberal bias and abuse on campus for Campus Reform. He attends St. Olaf College where he studies Political Science and History. Additionally, he serves as Secretary for Minnesota College Republicans and Director of Recruitment for St. Olaf Turning Point.