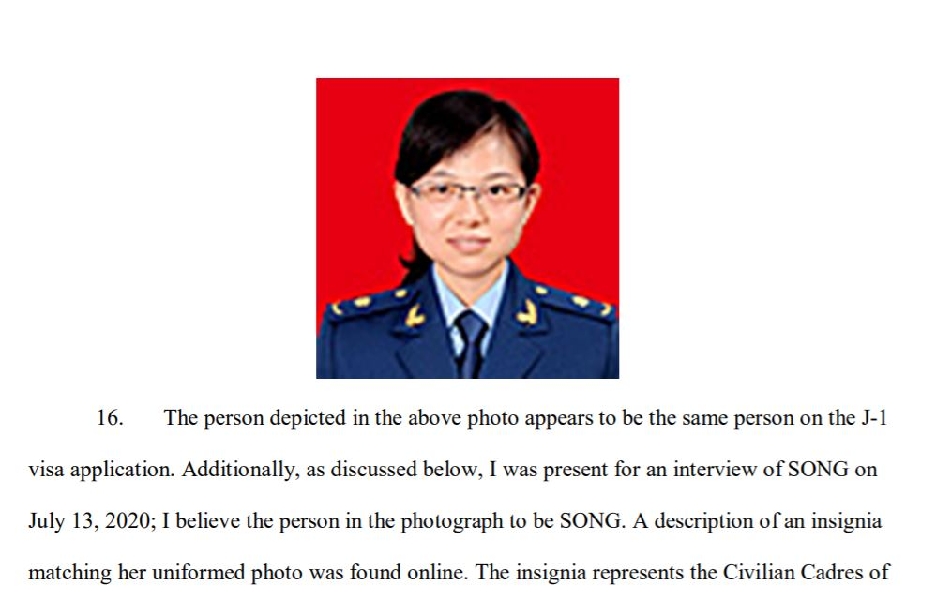 A visiting scholar at Stanford University’s neurology department has been charged with visa fraud after the FBI discovered that she allegedly worked for the Chinese military and lied about her employment on her visa application.

According to a U.S. Department of Justice press release, Song Chen entered the United States in 2018 through a J-1 nonimmigrant visa. Song claimed that she was employed by Xi Diaoyutai Hospital in Beijing.  However, the Department of Justice found open-source versions of four research articles that she allegedly submitted along with her application to Stanford, which revealed that she was employed by a People’s Liberation Army Air Force hospital in Xi’an, China.

[RELATED: China’s presence at US colleges runs much deeper than Confucius Institutes]

Furthermore, as of July 13, a Chinese health care provider allegedly listed Song as a physician with another PLA Air Force hospital.

The listing included a picture of Song in a military uniform, according to the Justice Department.

During its investigation, the Justice Department discovered that Song deleted a folder called “2018 Visiting School Important Information” from her computer’s hard drive. The folder allegedly contained a letter addressed to the Chinese Consulate in New York, explaining that her stated employer was a false front and that the PLA Air Force had granted her permission to extend her work at Stanford by another year.

The Office of the U.S. Attorney for the Northern District of California will handle the case.

Song is just the latest U.S. academic to be charged over her alleged ties to China. Campus Reform has reported on a number of similar cases across the United States, including the former head of Harvard University's chemistry department.