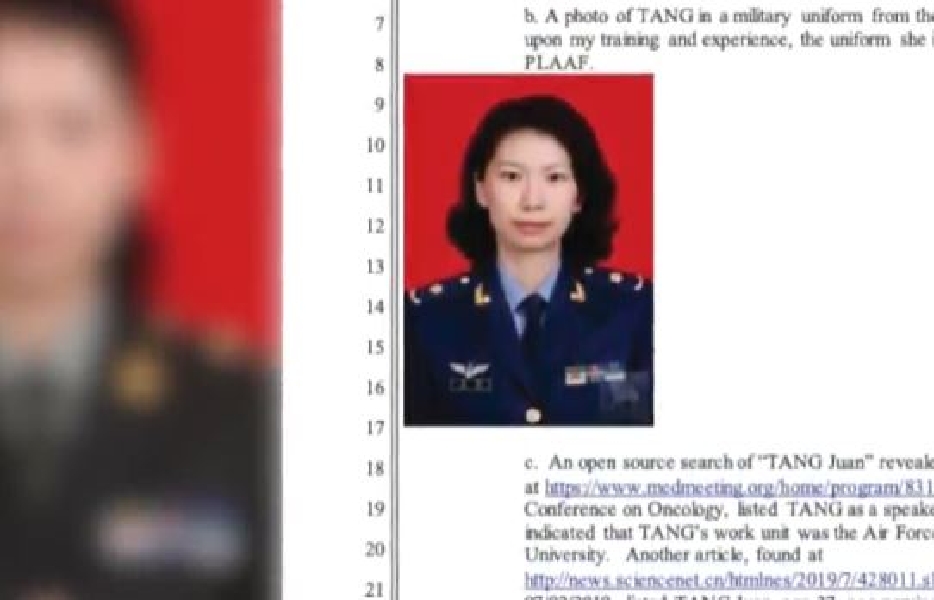 UPDATE July 24: Reuters reported that Juan Tang has been detained by U.S. officials. She is expected Friday in court.

"it is highly unusual for a Chinese diplomatic post to associate so closely with a suspect in an intellectual property theft-related case.”

The FBI believes the Chinese consulate in San Francisco is harboring Juan Tang, a former University of California-Davis researcher who allegedly lied about her connection to the Chinese military to obtain a visa.

On June 20, the FBI found and questioned Tang. According to a court filing, she “denied serving in the Chinese military” and “claimed she did not know the meaning of the insignia on her uniform.” Later that day, the FBI executed a search warrant and found other evidence of Tang’s alleged affiliation with the People’s Liberation Army.

However, federal investigators concluded that after the interview, Tang went to and still remains in the Chinese Consulate in San Francisco.

The court filing came just hours before a fire broke out at the Chinese consulate in Houston after the U.S. ordered it to close.

The authors of the court filing expressed concern that the Chinese government will aid Tang in returning home without facing American justice.

The United States government believes that the Tang Juan affair is "not an isolated" incident. The PLA is conducting a program "to send military scientists to the United States on false pretenses with false covers or false statements about their true employment.”