Faculty, students across US hold 'die-ins' to protest return to campus 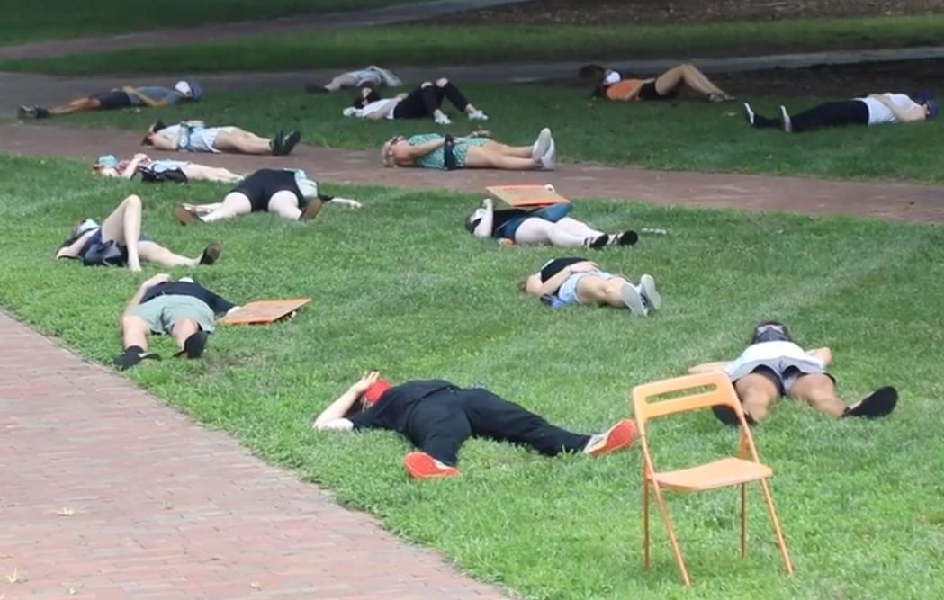 As the fall semester approaches, students from universities across the United States are holding protests, marches, and “die-ins” to denounce the return of in-person classes.

Most American universities are entering the fall semester under a hybrid model of virtual learning and in-person instruction. However, student activists believe that these decisions are motivated by money- not the health and well-being of students.

Protesters are correct in assuming that there are financial consequences for universities moving to only online instruction. Postsecondary institutions across the United States are watching their summer and fall enrollment plummet as they adapt to virtual learning. Many are laying off faculty and cutting budgets by as much as 25 percent.

Another sign said read “one death is too many.”

The students listed their demands, chanted “2, 4, 6, 8, we don’t wanna go back to State,” and laid on the ground for 14 minutes to represent the 140,000 coronavirus-related deaths in the United States up to that point.

Once again, students held signs in the shape of tombstones. One said "academia kills us." Another said "Tar heel born, COVID dead."

If you’re able, come out to protest the university’s commitment to becoming a fucking death cult. pic.twitter.com/YFPiU775AD

At the University of Oklahoma, students and faculty held a "die-in" in late July to protest that school's planned return to campus. KFOR-TV captured images of protesters holding signs that read "no deaths for tuition dollar$," "we are not disposable," as well as gravestone shaped signs reading "RIP Victim of OU Administration."

The protests come as polls have shown that the majority of students prefer in-person classes over online courses, but do not trust their universities to protect students if they reopen for the fall.

A College Pulse poll found that 52 percent of students do not trust schools' ability to facilitate their safe return to campus.

In April — when much was still unknown about the lethality of COVID-19 — polls showed that up to 90 percent of college students considered online learning “worse or much worse” than conventional, in-person classes.