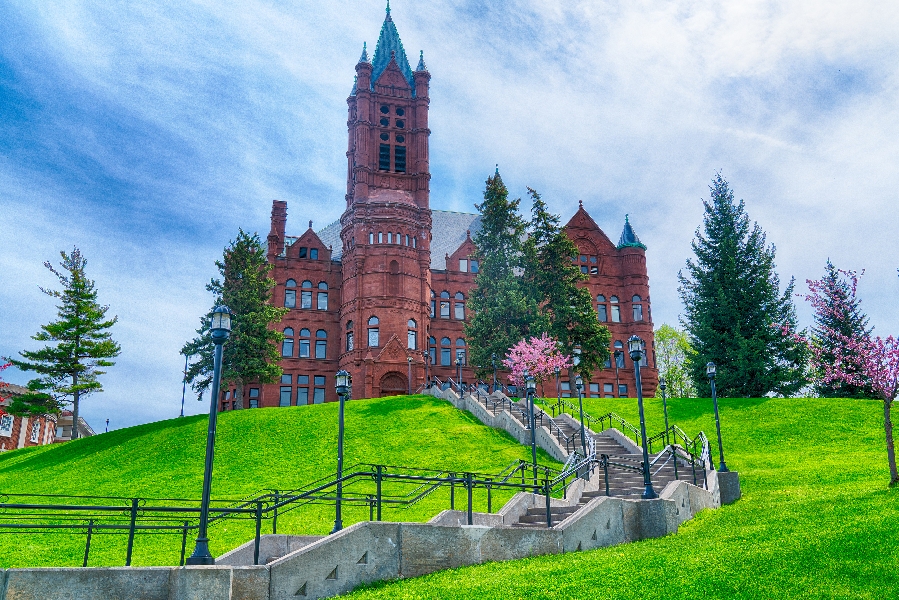 Syracuse University will now punish students for simply witnessing “bias-motivated” incidents and “acts of hate.” This comes after a radical activist student group demanded such a policy change.

Chief Diversity and Inclusion Officer Keith Alford sent an email July 10 regarding how students can be “held accountable” as “bystanders and accomplices” to “bias-motivated” conduct violations.

"...violations of the code that are bias-motivated—including conduct motivated by racism—will be punished more severely.

In the messaged addressed to students, Alford noted that the Student Code of Conduct had been amended.

“The Code of Student Conduct has been revised, based on your input, to state that violations of the code that are bias-motivated—including conduct motivated by racism—will be punished more severely. The University also revised the code to make clear when bystanders and accomplices can be held accountable. The code will be prepared and distributed for students to sign in the fall.”

Alford’s announcement did not mention how Syracuse will take disciplinary action against students who are deemed to be “bystanders”. Students will be obligated to sign the code in the fall.

The announcement mentioned new surveillance methods being implemented by the school, mainly with security cameras being installed in “first-floor lounges," “public areas," and within residency hall elevators.

The student activist movement #NotAgainSU previously issued a series of demands in response to hate crime reports on campus.

[RELATED: Syracuse protesters call for heads to roll after being told no]

One of the demands they made included punishment for both “bystanders” and “accomplices” defining the terms respectively as “Individuals who witnessed the event or were present, but did not take part” and “Individuals who aid/encourage the actions taken by the perpetrator.”

The same demands asked for the students to have the ability to select roommates based on their racial preferences.

James Ferguson is a Virginia Campus Correspondent with Campus Reform. He is a student at Northern Virginia Community College where he studies Political Science. James was a Senator in the NOVA Loudoun Student Government from 2018-2019, served as Treasurer of the Business Club from 2019-2020 and is a member of the National Society of Collegiate Scholars.