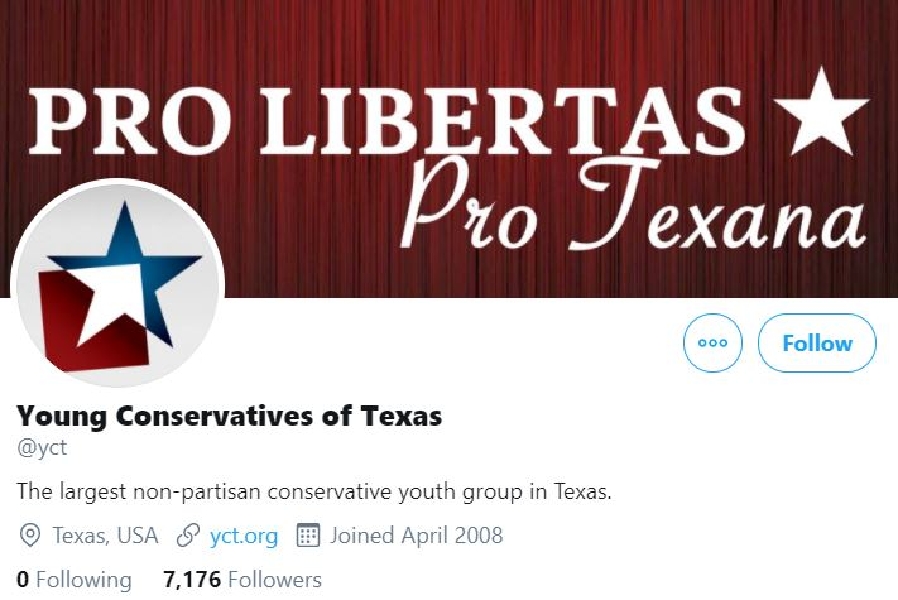 The Young Conservatives of Texas’ Twitter account has been restored after temporarily being restricted for two days because the account was "mistakenly caught in a spam filter."

The group's Twitter account was restricted Wednesday because of "unusual activity," but the group said it didn't receive any formal notice from Twitter. According to YCT Communications Director Jordan Wendt, Twitter did not respond to a help ticket.

"The account you referenced was mistakenly caught in a spam filter. This has been reversed and the account has been reinstated"

Wendt stated the group has never experienced anything like this.

YCT Executive Director Manfred Wendt tweeted a screenshot of a notice on YCT’s Twitter page, which said the account was temporarily restricted due to "unusual activity."

They came for the @TheBabylonBee and now they come for me! pic.twitter.com/lBbEikpTMR

Young Conservatives of Texas is a non-partisan conservative youth organization that has “been fighting for conservative values for more than a quarter-century in the Lone Star State.” The group advocates for the centrality of the Constitution and Declaration of Independence in the American government, as well as the importance of free-market economics.

Before having its account restricted, the group retweeted a video by Rep. Chip Roy (R-Texas) as well as a tweet stating “Good guys don't let babies be torn limb from limb in the womb.”

Twitter recently suspended The Babylon Bee, a Christian satire website, from its platform for a brief period.