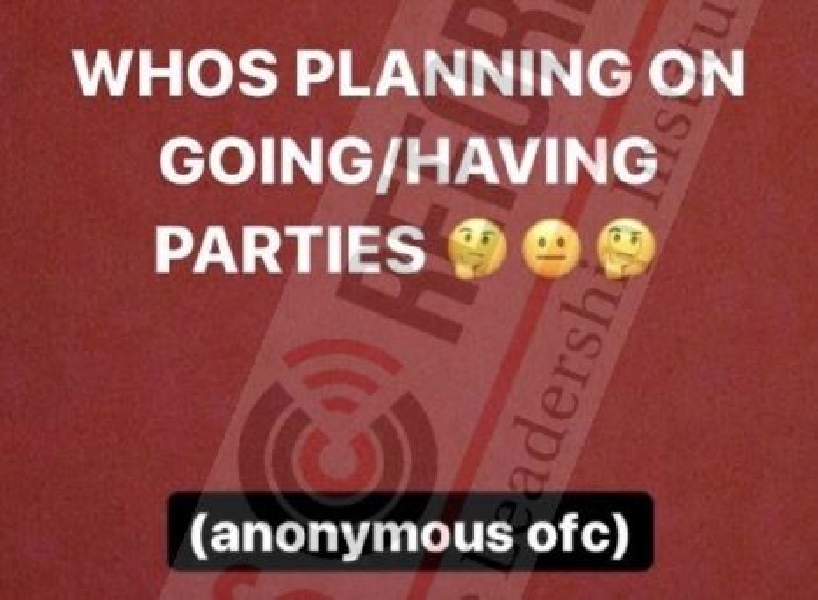 Northeastern University sent an email to over more than 100 undergraduate students, threatening to rescind their admission offers should they choose to participate in parties.

An Instagram account called Northeastern Class of 2024 posted a poll, asking whether the page’s followers would be willing to participate in parties during the fall semester. The Boston Globe reported that of the respondents, 115 said that they intended to party. After Northeastern became aware of the poll, the school reached out to the pollster, who turned over the names of the students who answered “yes.”

"Even if this gesture on social media was made in jest, your willingness to mock the well-being of our community, and the efforts made to protect it, demonstrates a degree of carelessness that does not meet the values and principles we uphold.”

The school then sent an email to the 115 students and their parents, threatening to rescind their admission if they did not provide a written response to the email, “acknowledging that you will abide by the Northeastern University Code of Student Conduct.”

[RELATED: Northeastern admin ‘intimidated’ to mentor minority students because of her racial ‘privilege’]

Northeastern by Campus Reform on Scribd

“Being a member of the Northeastern community is a privilege,” the email read. “You have displayed a disregard for health and safety measures... Even if this gesture on social media was made in jest, your willingness to mock the well-being of our community, and the efforts made to protect it, demonstrates a degree of carelessness that does not meet the values and principles we uphold.”

Northeastern will establish a confidential tip line for alerting the university to off-campus behavior that does not follow social distancing guidelines. A university spokeswoman told The Boston Globe that the school will “redouble” their efforts to monitor “unacceptable student behavior” near the Boston campus.

One rising freshman, Luke Abbatessa, who affirmed in the poll that he would not attend parties, told Campus Reform that he agrees with the university’s “course of action to rescind the admission of anyone who violates their guidelines.” He said he hopes that “students wear a mask, social distance, wash their hands frequently, and overall make smart decisions” in the interest of staying on campus.