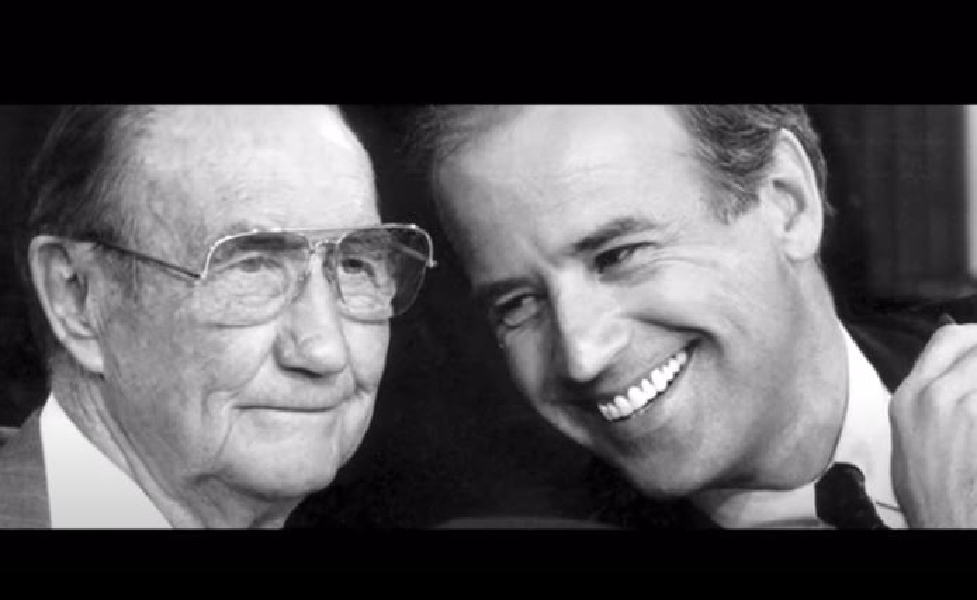 Faculty and students at the University of South Carolina are calling for the Strom Thurmond Wellness and Fitness Center to be renamed amid calls from Democratic congressional candidate Moe Brown. According to The State, in a press conference, Brown said that changing the name is part of a“collective effort to create a more inclusive and diverse university."

“Violence, hatred, and bigotry toward Black folks in this country have stopped us from creating a more perfect union," Brown said.

“Strom and I shared a life in the Senate for over 30 years. We shared a good life there, and it made a difference. I grew to know him."

But what Brown did not address was the close relationship that his own party's presidential nominee, Joe Biden, had with Thurmond. Neither the Brown nor the Biden campaigns responded to a request for comment in time for publication.

In addition to calls from Brown, a USC alumna created a petition, calling for the renaming of the building. She detailed her shock over the findings of the name behind the building, saying that the university should back anti-racism initiatives.

“Although Thurmond was known for other things outside of his racism, we can not put racists on a pedestal or on the side of buildings if we want to become an anti-racist University and student body," the petition author stated.

At the Dixiecrat Convention of 1948,  Thurmond told his audience to oppose efforts of the civil rights movements, calling the proposals uncalled for and saying, “And I tell you, the American people, from one side to the other, had better wake up and oppose such a program, and if they don’t the next thing will be a totalitarian state in these United States.”

Thurmond was also known to openly speak in disregard toward the civil rights movements of the 1950s and 1960s, saying, “There’s not enough troops in the army, to force the southern people to break down segregation and admit the n***er race into our theaters, into our swimming pools, into our homes, and into our churches.”

Thurmond also co-authored the Southern Manifesto, which stated opposition to the Supreme Court’s decision to uphold Brown v. Board of Education. The manifesto detailed the decision as an unfavorable one and held that the government had "no right" to integrate schools.

Democratic presidential nominee Joe Biden delivered the eulogy for Thurmond at his funeral, recalling their "friendship."

Biden has expressed his friendship as a great one calling Thurmond a "brave man" saying, “Strom and I shared a life in the Senate for over 30 years. We shared a good life there, and it made a difference. I grew to know him. I looked into his heart and I saw a man, the whole man. I tried to understand him. I learned from him. And I watched him change oh so suddenly.”

In one video, Biden refers to Thurmond as "one of my closest friends."

Campus Reform reached out to the University of South Carolina and has not yet received a response.

Thurmond is not the only segregationist whose eulogy Biden delivered. The Democratic presidential nominee also delivered the eulogy for former West Virginia Sen. Robert Byrd.

Jessica Custodio is a New York Senior Campus Correspondent, reporting liberal bias and abuse on her campus. She is a second-year student at SUNY - Dutchess and a member of Phi Theta Kappa.