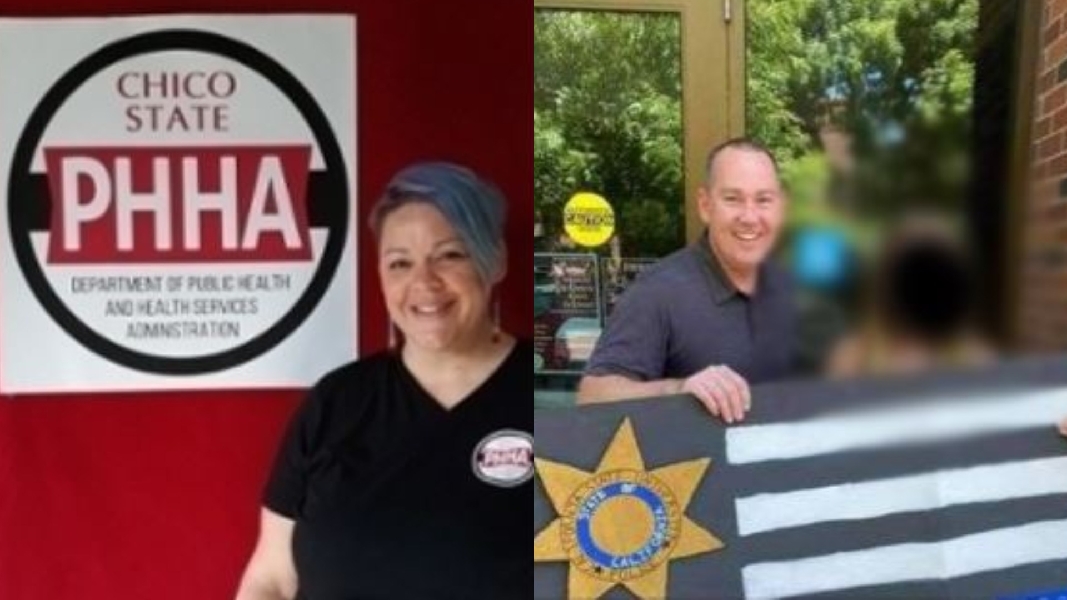 Lindsay Briggs posted the information in response to colleague Paul Bailey receiving backlash on a comment he made on Facebook.

“Awww…that was nice of them to make a big ol’ white supremacist flag for you by hand.”

Earlier this summer, the University Police Department shared a photo on its Facebook page of Bird posing with an 8th grader who had created a poster to show her support for law enforcement. Bailey commented on the photo, writing, “Awww…that was nice of them to make a big ol’ white supremacist flag for you by hand.”

Facebook users began sharing Bailey’s publicly available faculty bio on the university's website, which includes his email address, phone number, office hours, and picture. That prompted Briggs to take to Facebook and Instagram to defend Bailey’s comments and accused Bird of using a fake Facebook profile to encourage the harassment and doxing of Bailey’s personal information.

“…[I]n the process of this viral harassment campaign, it’s become apparent that one of UPD’s own police officers is stoking this fire and using a fake social media profile to do so. Yes, that’s right, Sergeant David Bird is feeding information from the situation directly to the people who are harassing Paul Bailey.”

The “fake social media profile” Briggs is referring to is “Mave Falcon,” an account that didn’t post any of Bailey’s personal information according to Brigg’s own screenshots. The only comments made by this account were discussing how the UPD had to take down social media posts of the 8th grader and her poster, comments that were also screenshotted by Briggs.

In a Facebook post discussing the issue, Briggs stated, “Sergeant Bird is directly involved with doxxing and threatening a faculty member who is speaking up about the wider issue of police brutality in general…”

Multiple pictures were attached to her post, including what appeared to be Bird’s home address, property value, and his picture.

Campus Reform reached out to Bailey, Bird, California State University-Chico, and the UPD for comment.

Briggs declined to comment. She then shared a screenshot of this Campus Reform Correspondent's phone number from the email signature.

The CSU-Chico College Republicans announced a press conference set for Thursday, at which the group will call for Briggs' termination.

In a document shared with Campus Reform, Chico State College Republicans President Michael Curry said, "The Chico State Republicans call for the immediate termination of employment for Dr. Lindsay Briggs and call for the Butte County District Attorney to investigate incidents involving violations of state and federal cyberstalking and harassment laws, as well as the Federal Bureau of Investigation to investigate further for terrorist affiliations and activity."

The group says that at the press conference it will discuss "racially charged statements made by university faculty, consistent inappropriate and unprofessional behavior, faculty encouraged terrorism, as well as illegal harassment and cyberstalking conducted by a University Professor."

The press conference comes the same week that the College Republicans at Chico State say they received an ominous death threat.

"Last night one of our members received this threat from a random number. After some investigation we have determined it to be legitimate and are taking it to the police," the group said. "This is what the modern left is resorting to. People our age are no longer able to publicly support the President without their lives being threatened. We have dealt with this kind of behavior on campus from both students and faculty."

Last night one of our members received this threat from a random number. After some investigation we have determined it to be legitimate and are taking it to the police.
1/3 pic.twitter.com/q5KOi3JUnH

In 2019, Briggs tweeted that President Donald Trump and Republicans are “poison.” On her Twitter account, she describes herself as  “…the bane of my Admin’s existence…” adding that the university is "limited in what they can do" because she has tenure and is part of a union.