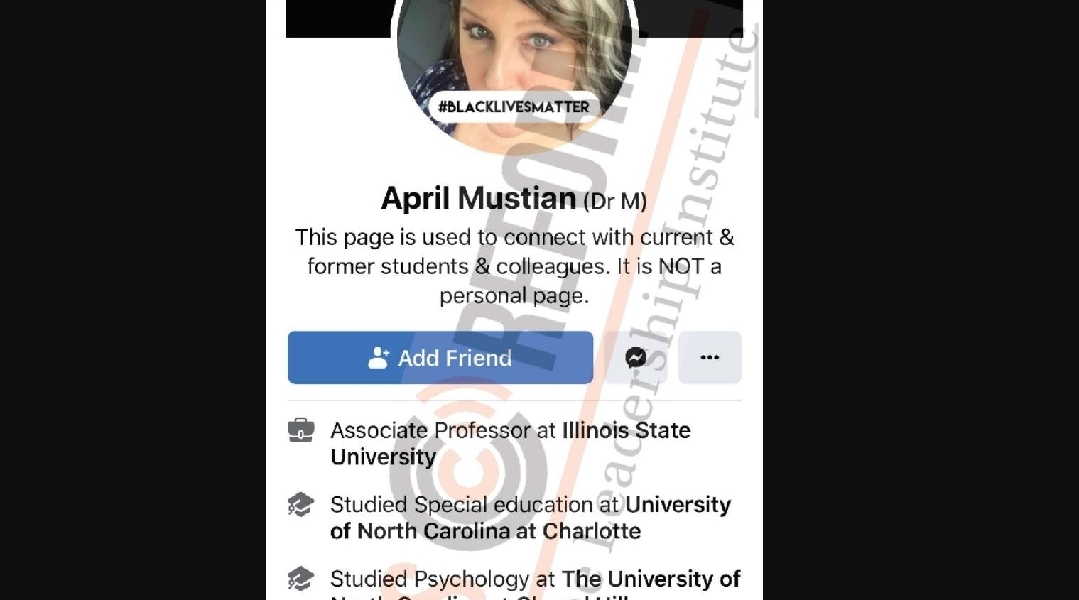 Winthrop University moved forward with hiring a professor after an investigation of her threatening to expose teachers who expressed “pro-police” sentiments on social media.

As reported by Campus Reform in June, April Mustian, an incoming education professor, warned “White K-12” teachers that they should think carefully about their Facebook posts.

“If you are a White K-12 teacher who teaches Black children and you are on your (Facebook) posting pro-police anti-Black rhetoric, I hope and pray those are posts and beliefs you are willing to stand by in front of the Black families you are also supposed to love and serve,” wrote Mustian in her now-deleted social media post.

She then seemingly threatened to send those "pro-police" posts to their bosses.

"Don’t think you are above reproach, especially in this day and age when opportunities to unlearn racism and bias are at your fingertips."

“I hope those are posts you are willing to stand by when district personnel get screenshots of your ignorance. This is a new day, folks. People are getting fired for being racist on social media," said Mustian. "Don’t think you are above reproach, especially in this day and age when opportunities to unlearn racism and bias are at your fingertips. And, if your first thought is to delete me because of this post, chances are I already have some screenshots.”

“We have moved forward and she’s on board and hopefully getting settled,” said Glenn McCall, the president of Winthrop’s Board of Trustees.

A petition entitled “Do Not Fire Dr. Mustian!” circulated on social media and gained more than 2,000 signatures.

“Dr. Mustian’s statement was not harmful or racist in any way,” asserted the petition. “It is appalling that people are against her using her platform to voice her support for our African American children… We should not support racism, especially in the classroom, and we should not tolerate people who have these racist beliefs to teach children.”

Mustian “is an ADVOCATE for BLM and people are trying to get WU to fire her for her post about reporting racist educators,” tweeted one alumna.

‼️WINTHROP STUDENTS‼️
WU is getting a new professor; Dr. April Mustian. She is an ADVOCATE for BLM and people are trying to get WU to fire her for her post about reporting racist educators!!! We can’t let this happen!!! pic.twitter.com/DIfrWfhGP5

“April Mustian… Protect her at all cost,” read another tweet, which included a picture of Mustian wearing a Black Lives Matter shirt.

April Mustian... Protect her at all cost pic.twitter.com/2nbnBAl6Fc