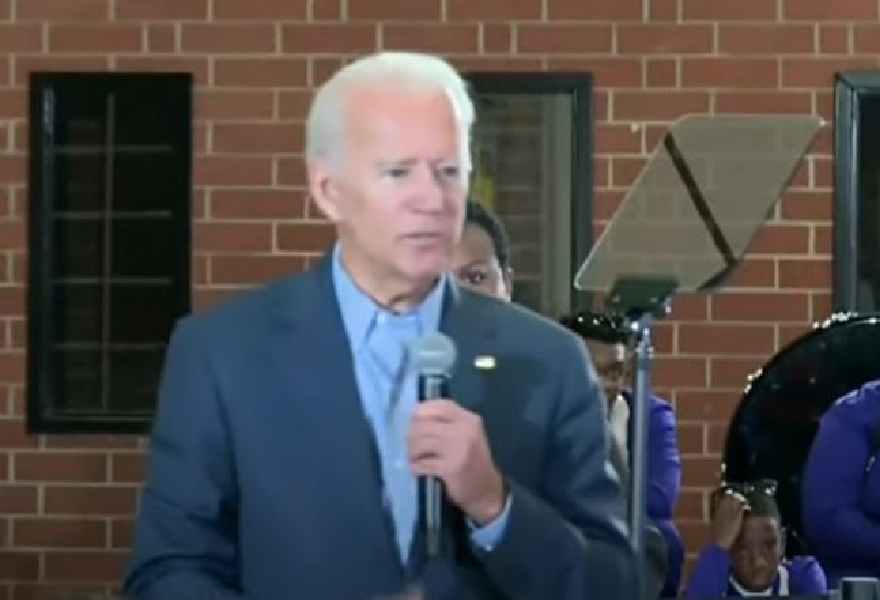 Amid questions about Democratic presidential nominee Joe Biden’s cognitive abilities, the former vice president now faces even more scrutiny after video resurfaced showing him saying "I got started" at Delaware State University, which is an historically black university.

"I got started out of an HBCU [Historically Black Colleges and Universities], Delaware State, and I don't want to hear anything negative about Delaware State here, OK? They're my folks," BIden said during a campaign rally stop in South Carolina in October 2019.

But a spokesman for Delaware State University told the Washington Times the claim is not true.

"Vice President Biden did not attend DSU. However he was the Commencement keynote speaker in 2003 and [2016], and during the former he was awarded an honorary doctoral degree," the spokesman said.

DSU later told Campus Reform, "it is clear that Biden was discussing his long association with Historically Black Colleges and Universities, not making a claim that he had attended Delaware State University. He 'got his start' when he announced his first run for the U.S. Senate on our campus in 1972 with then-Delaware State College President Luna Mishoe at his side. For three decades, first as U.S. Senator and then as Vice President, Joe Biden has been our advocate and partner to such a critical extent that in 2003 the University awarded him an honorary doctorate."

It's not the first time Biden has falsely claimed ties to a university.

Biden claimed in March that he "became a professor" at the University of Pennsylvia. But while the University conferred upon Biden the title of “Benjamin Franklin Presidential Practice Professor” in 2017, Biden has never taught a class.

“That was never the intention of the honorary title bestowed upon him," the university said at the time.

Campus Reform reached out to DSU for comment and haven’t received a response.