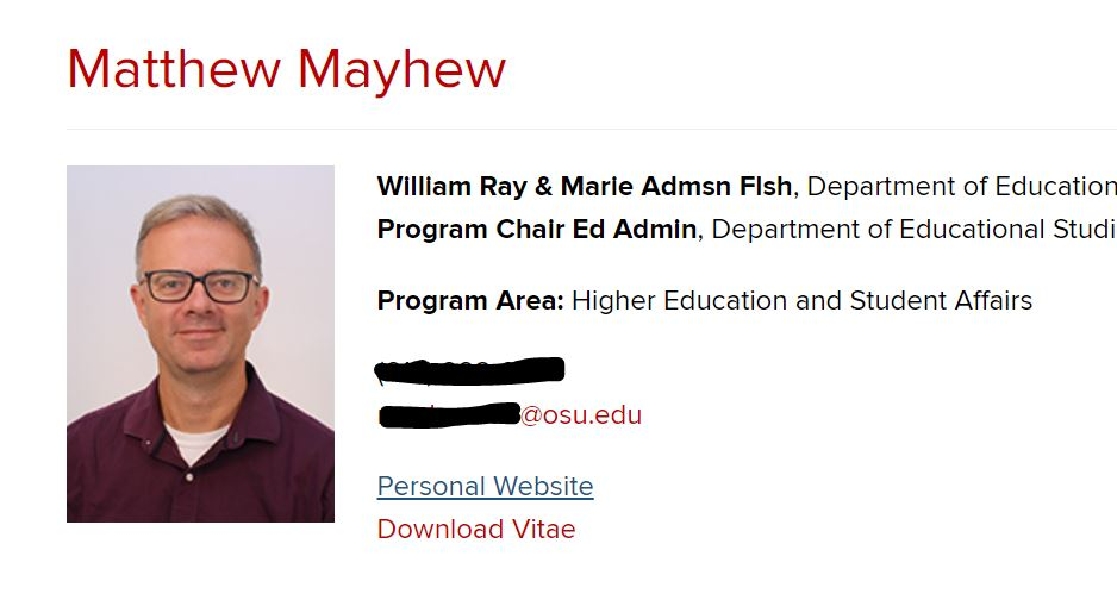 Ohio State University Higher Education and Student Affairs Professor Matthew Mayhew wrote an op-ed apologizing for a previous piece he co-wrote called, “Why America Needs College Football.” In his latest article called, “Why America Needs College Football – Part 2” he states, “It doesn’t. I was wrong. And even worse, I was uninformed, ignorant and harm inducing.”

In an op-ed published by InsiderHigherEd, Mayhew and graduate student Musbah Shaheen both wrote about why college football is essential for Americans right now, explaining that the country needs a distraction from COVID-19, racial tensions, and Americans need to have something in common with each other again.

"I was wrong. And even worse, I was uninformed, ignorant and harm inducing.”

“Essentializing college football might help get us through these uncharacteristically difficult times of great isolation, division, and uncertainty," they wrote.

Less than a week after the piece was published, Mayhew published another op-ed apologizing for what he had previously written.

He starts out stating, “I am sorry for the hurt, sadness, frustration, fatigue, exhaustion and pain this article has caused anyone, but specifically Black students in the higher education community and beyond.”

He continues to say that he doesn’t want to cause any further pain due to his “ignorance” regarding Black athletes and the black community.

Mayhew also states that he is going through the long process of anti-racist education and that it won’t be “quick or easy," but says that he could have written an article titled, “Why America Needs Black Athletes,” but instead he wrote about putting the responsibility of the nation’s healing on the Black community.

Putting Black men “on the line” further pushes the notion that White people are using them as property, Mayhew claims.

He also states that his words were "uninformed" and "careless."

“I have learned that I have taken pleasure in events that ask Black athletes to put their bodies on the line and take physical risks. I have been entertained by Black men who often are conditioned by society and structural racism in ways that lure them into athletics where the odds of making it are slim to none," Mayhew said.

He clarifies that it is no one’s job to forgive him and asking them to do so is further burdening people of color to deal with his “ignorance.”

Mayhew finishes the op-ed by thanking academics Donna Ford, Joy Gaston Gayles, and Gilman Whiting, for “their willingness” to work with him on these issues, and he knows that they are taking a risk to help him.

Campus Reform reached out to Ohio State University, Mayhew, Shaheen, Ford, Gayles, and Whiting for comment but did not hear back.