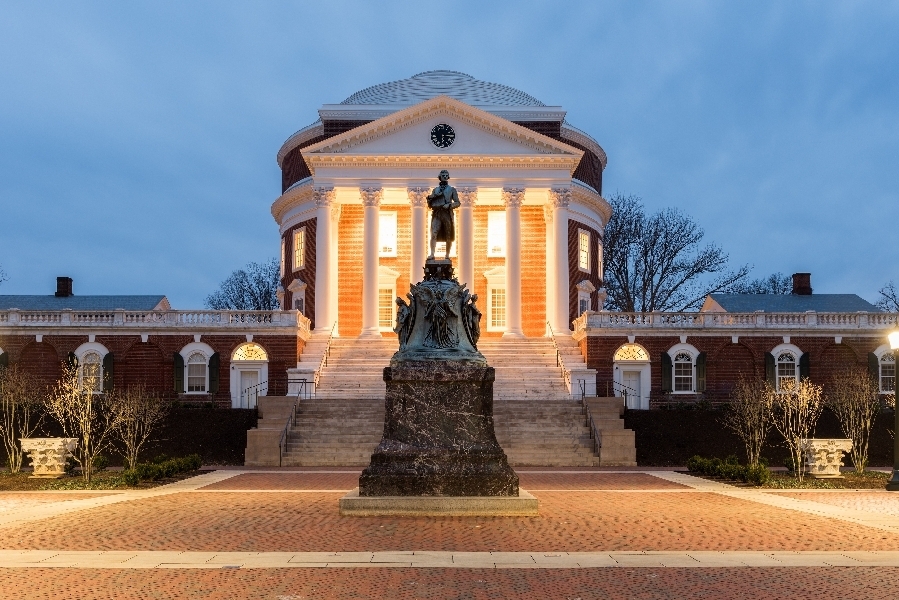 The University of Virginia’s Board of Visitors voted to rename or remove several monuments on its campus, including a monument for Revolutionary War Gen. George Rogers Clark and a statue of Thomas Jefferson.

The move is based on a list of policy proposals from the university’s recently-established Racial Equity Task Force. Campus Reform previously reported on the task force’s proposals, which included the renaming of monuments, reparations, anti-racism education, and reviews of local police departments — estimated to cost about $1 billion over several years.

“progressive activists accuse the university of not doing enough, much of the student body feels indifferent, and the erasure of history upsets alumni"

The university will remove and relocate a monument of George Rogers Clark, a Revolutionary War general who was instrumental in defeating the British in the Northwest Territory. In mid-September, roughly 100 students gathered at the statue to protest in favor of the creation of a UVA Native American Foundation and the construction of an Indigenous Cultural Center.

the statue depicts clark & his party confronting several cowering indigenous people. one of the men behind clark is handing him a rifle. this is a monument to genocide. pic.twitter.com/PA90wyXqvB

Protesters asked for the university to give the land where the statue stands back to indigenous people.

people are gathering around the statue of george rogers clark at UVA for a demonstration demanding its removal & the construction of an indigenous cultural center pic.twitter.com/EPC4PYCzXT

At the meeting, according to the news outlet, co-founder of UVA’s Native American and Indigenous Studies Group Anthony Lopez expressed the desire for the university to do more: “It really would be a hollow gesture to remove [the Clark statue] but not address any of the systemic issues here at the University, which silence Native Americans.”

The Board of Visitors also voted to “contextualize” the statue of Thomas Jefferson at the rotunda, which sits at the center of the University of Virginia’s campus. However, the Board did not set a timeline or issue further details.

Deven Upadhyay, a University of Virginia undergraduate told Campus Reform that “the recent moves taken regarding ‘racial equity’ by the university are prime examples of performative activism and tokenism,” through which “no one truly wins.”

As he explains, “progressive activists accuse the university of not doing enough, much of the student body feels indifferent, and the erasure of history upsets alumni.”

Jefferson, a founding father and the third president of the United States, was the founder of the University of Virginia.