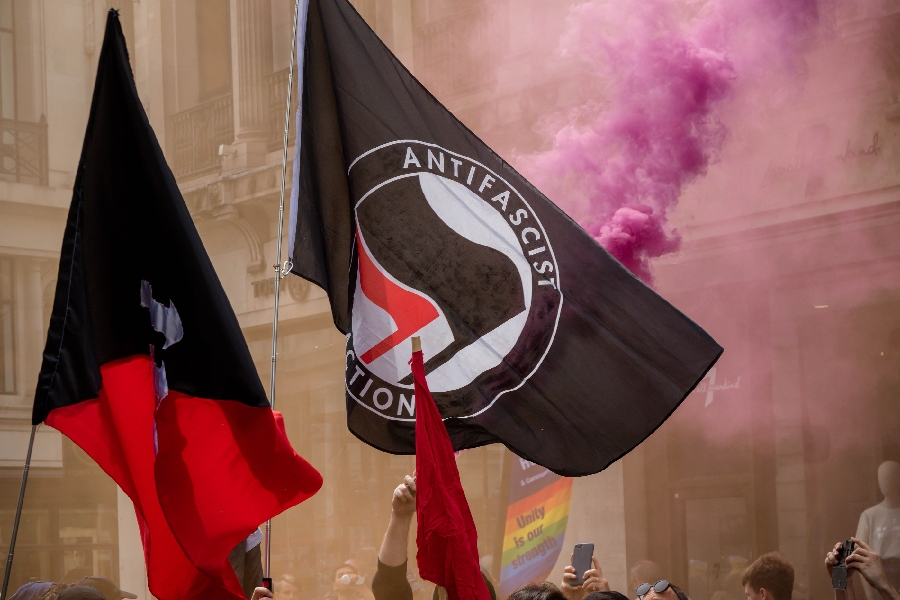 During an interview with The Lowell Sun, Professor of Criminology and Terrorism Studies at UMass-Lowell Arie Perliger, answered questions about his new book about far-right terrorism when he claimed there isn’t any proof that Antifa has been involved in organized violent attacks.

“As for Antifa, currently there is no evidence that the group was involved in any planned campaign of violent attacks"

In Perliger’s new book, American Zealots: Inside Right-Wing Domestic Terrorism, he discusses the history and culture of domestic terrorist groups on the far-right. The description of the book characterizes the far-right as, “…white supremacists, antigovernment groups, and antiabortion fundamentalists...”

Perliger said that, in the past, he has studied "nationalist, left-wing and religious groups," but stated that Antifa is not organized.

“As for Antifa, currently there is no evidence that the group was involved in any planned campaign of violent attacks," Perliger said.

Perliger told Campus Reform that he does not define Antifa as a terrorist group and says "if new data will show differently then, as any reasonable person does, I will need to reevaluate my views."

The article from the news outlet War on the Rocks states that President Donald Trump and Attorney General William Barr are “obsessed” with Antifa, and the group is being used as a “political cudgel” for politicians. It goes on to say that since members of Antifa use encrypted ways to communicate, it’s hard to know how many members there actually are, while also saying that there aren’t that many groups and members throughout the country.

“Antifa is as complex and diverse as the like-minded individuals who coordinate in small local groups under its collective banner," the article states.

[RELATED: 'Antifa has been given free rein on college campuses,' Cabot Phillips says]

Antifa groups have routinely carried out riots on campuses, particularly leading up to and during conservative speaker appearances.

Conservative commentator and founder of The Daily Wire Ben Shapiro has been a frequent target of Antifa. Steven Crowder, a conservative comedian, released a video purportedly showing evidence of Antifa organizing pre-meditated attacks.

Another organization called Project Veritas, known for its undercover reporting, has also purportedly caught Antifa in the act.

One video purportedly shows members practicing fighting techniques, teaching members how to break ribs, and instructors going over various ways to successfully bring a person down.

Campus Reform could not independently verify the authenticity of these videos. However, former Antifa supporter turned conservative activist Gabrial Nadales, who is now an employee of Campus Reform's parent organization, the Leadership Institute, previously said that Antifa's acts are the "very definition of domestic terrorism."

Campus Reform has reached out to the university for comment but has not received a response.