Berkeley law school dean: Democrats would be 'justified' in packing the Supreme Court 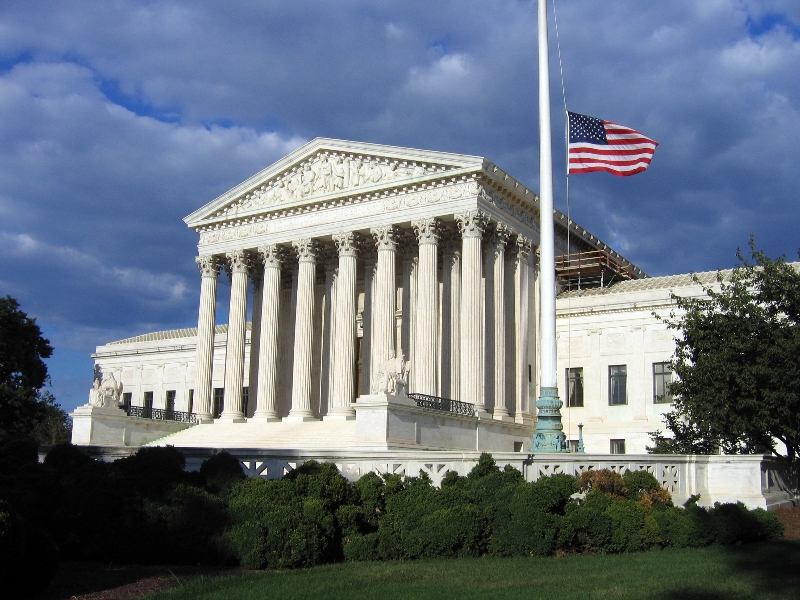 The University of California-Berkeley law school dean wrote an op-ed in which he advocated for additional judges to be added to the Supreme Court, while several other professors want to repeal Article II of the Constitution that would allow immigrants not born in the U.S. to become president.

Dean and Professor of Law at UC Berkeley Erwin Chemerinsky wrote an op-ed in the Los Angeles Times advocating for Democrats to expand the size of the Supreme Court, a concept referred to as "pack the court," if they take back control of the White House and Senate on November 3.

“One way for Democrats to make clear they will not tolerate Republicans trying to fill this seat in advance of the election would be for them to pledge that, if they take the White House and Senate in November, they will increase the size of the Supreme Court to 13 justices.”

Chemerinsky explained in his op-ed why the U.S. should increase the number of justices from nine to thirteen. Chemerinsky discussed how there isn’t much that Democrats can do if President Donald Trump's nominee to replace Ginsburg, Judge Amy Coney Barrett, is confirmed.

“One way for Democrats to make clear they will not tolerate Republicans trying to fill this seat in advance of the election would be for them to pledge that, if they take the White House and Senate in November, they will increase the size of the Supreme Court to 13 justices,” Chemerinsky wrote. He went on to point out that the number of justices isn’t in the Constitution, but is rather determined by law.

The idea of packing the court first came up in 1936 by Franklin D. Roosevelt to help pass a piece of legislation.

Roosevelt was highly criticized at the time for attempting to add more justices to the Supreme Court, and consequently lost a great deal of support. Despite the unpopularity of packing the court in 1936, Chemerinsky claimed that this situation is “different."

Democratic presidential nominee Joe Biden has refused to say whether he supports the concept of "packing the court" if he wins the White House and Democrats take back the Senate. Biden has also not produced a list of potential Supreme Court justices he would nominate, as President Donald Trump did in 2016 and has done in 2020.

Campus Reform reached out to Chemerinsky for comment. He stated, “I think my oped expresses my views.”

Berkeley Law School did not respond in time for publication.

In another recent Supreme Court-related commentary from law school academics, Harvard law professor Randall Kennedy and George Mason University Scalia Law School professor Ilyan Somin made the case in USA Today that the U.S. should repeal Article II of the Constitution, which states that "no Person except a natural born Citizen, or a Citizen of the United States, at the time of the Adoption of this Constitution, shall be eligible to the Office of President..."

None replied in time for publication.