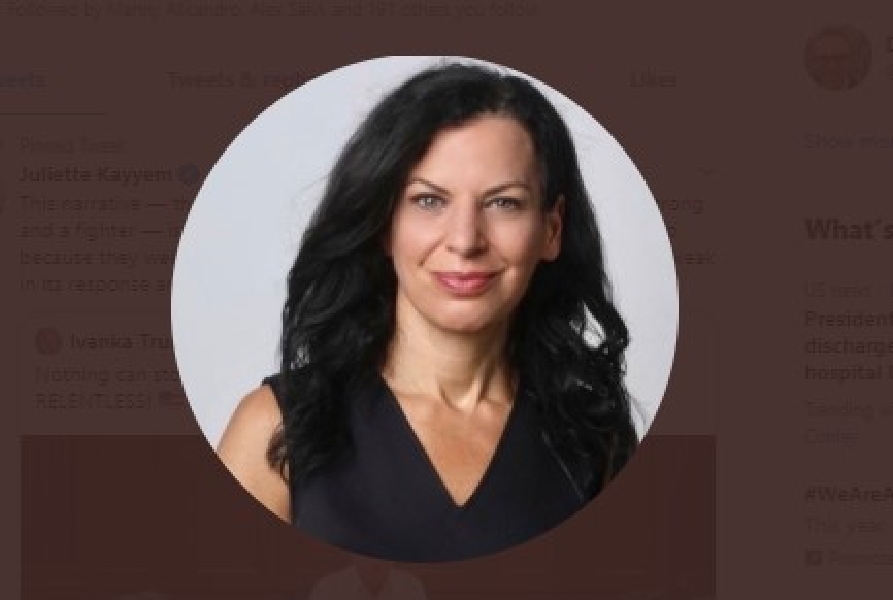 President Donald Trump and First Lady Melania Trump tested positive for COVID-19 on Thursday. The president experienced symptoms before moving to Walter Reed Hospital in Bethesda, Maryland, out of an “abundance of caution" the following day.

"It is very likely that Russian intelligence agencies — through signal and human intel sources at Walter Reed, etc — have more information about the President's condition than we do."

Tonight, @FLOTUS and I tested positive for COVID-19. We will begin our quarantine and recovery process immediately. We will get through this TOGETHER!

Kayyem, a senior lecturer in international security at Harvard’s Kennedy School of Government, speculated that Russian intelligence had infiltrated Walter Reed and had more information about the president’s condition than the American public.

“It is very likely that Russian intelligence agencies — through signal and human intel sources at Walter Reed, etc — have more information about the President's condition than we do,” said Kayyem.

It is very likely that Russian intelligence agencies -- through signal and human intel sources at Walter Reed, etc -- have more information about the President's condition than we do (though I think we all know how the president is doing.) #doctorslietoo

The tweet came amid criticism that the White House was not transparent about Trump's condition and the timeline in which it happened.

Although Kayyem shared the hashtag #DoctorsLieToo, she has been highly supportive of science in other circumstances, particularly with regard to social distancing and mask-wearing.

Again, the science is pretty well established. Fauci confirmed it last week. It isn't the science. It is the "what this means" part. That's the part they don't like or are afraid of. It means masking, in public, all the time, until further notice. #WearADamnMask https://t.co/2DxMYnUs7o

Brutal honesty. Assuming Biden, best case still takes us well into 2021 for normalcy. We will have lost a year. Dr. Fauci has said with public health tools and vaccination, normalcy is when we “get around through 2021."
It will be better, of course, but there is no quick fix. https://t.co/MjNnQ9M5BW

I find calling the doctors at Walter Reed Russian intelligence assets pretty freaking insane, but that's just me I guess.

Hi, since questioning science is ok again, do doctors lie about the virus and its dangers, or only info that benefits Republicans? Oh and #FactsFirst lol

Imagine how shocked I was when I saw "CNN" in your profile. I would never in a million years have imagined it.

😂😂😂Juliette you should be writing for comedy.

Kayem later doubled down, responding to one prominent Twitter conservative.

"Yep. What part of this don’t you believe: that Trump team is lax on security and vulnerable or that Russia isn’t interested in Trumps [sic] health leading to election [sic] they are interfering in. Keep doing what you are doing. It’s working so well for America and the hospitalized Trump," she replied.

Yep.
What part of this don’t you believe: that Trump team is lax on security and vulnerable or that Russia isn’t interested in Trumps health leading to election they are interfering in.
Keep doing what you are doing. It’s working so well for America and the hospitalized Trump. https://t.co/MFaG9tVyr1

James Carafano, a Heritage Foundation fellow and an expert in national security, explained to Campus Reform that determining President Trump’s medical condition would be a poor use of resources for the Russians.

“The Russians are not ten feet tall,” he said. “The notion that Trump gets rushed to Walter Reed and the Russians put together some kind of sophisticated intelligence operation is probably close to zero… The notion that they can just throw something together doesn’t pass the laugh test.”

If Kayyem is implying this type of surveillance by her tweet, Carafano says that such quick action by the Russians is “unrealistic.”

“I would imagine, actually, the Russians probably are doing the same thing we’re doing, which is reading what the doctors are saying,” said Carafano. “The notion that you would cultivate a unit resource on twenty-four hours’ notice is nuts. The capabilities the Russians have are classified, so if this professor has any knowledge whatsoever of what Russia’s syncing capabilities are, that’s really interesting.”

Although it is “not unthinkable” that the Russians could create a longstanding surveillance capability at Walter Reed, Carafano sees this as rather unlikely.

Since the United States is “very transparent about the medical condition of our public officials, particularly the President,” Carafano likewise says that establishing surveillance capabilities at Walter Reed “doesn't actually seem incredibly logical."

Campus Reform has reached out to Kayyem and will update this article accordingly.