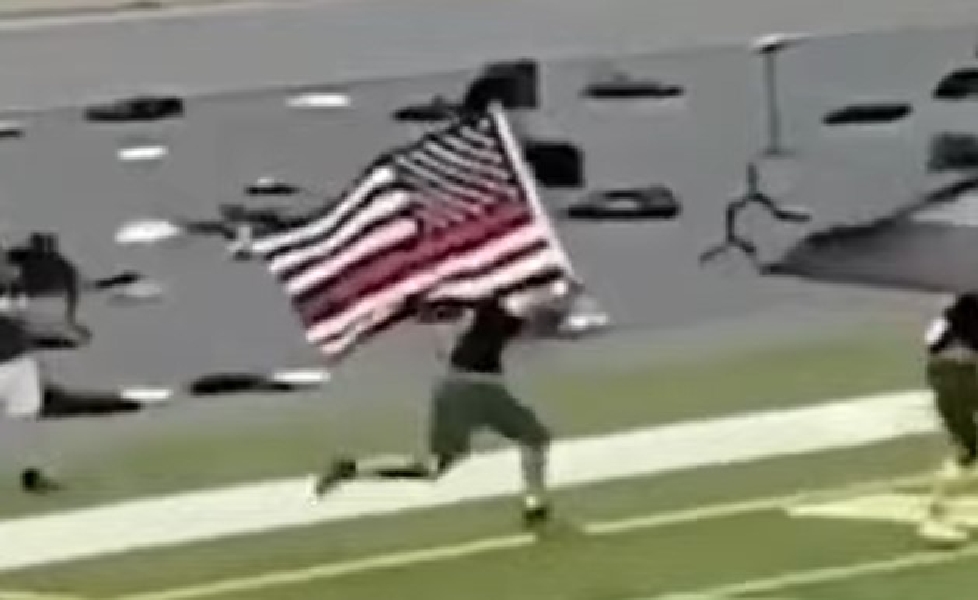 Two students at Little Miami High School in Ohio were suspended after carrying flags to honor first responders at a high school football game. The tribute occurred on the anniversary of 9/11.  Now, a nonprofit is offering them college scholarships.

Brady Williams and Jarad Bentley asked administrators for permission to carry American flags with red and blue lines to honor firefighters and police officers. After being told no,  the students proceeded with the display anyway.

"there were no political motivations behind this display of support for first responders on 9/11, but there were stances of insubordination."

The superintendent and administrators suspended them while they investigated, eventually allowing them to return.

According to a statement from the president of Little Miami Local Schools Board of Education Bobbie Grice, “the district understands these students’ desire [to] show their support of our first responders especially on the anniversary of 9/11,” but “school administrators must act when students break the rules.”

The school’s investigation concluded that “there were no political motivations behind this display of support for first responders on 9/11, but there were stances of insubordination.” The school said that potential consequences would be decided by coaches.

Holiday for Heroes, a local nonprofit that supports “our armed forces and their families for the sacrifices they had made for this country,” offered college scholarships to the students. It has been providing students with scholarships for 15 years.

Campus Reform reached out to Little Miami High School and Holiday for Heroes for comment. This article will be updated accordingly.