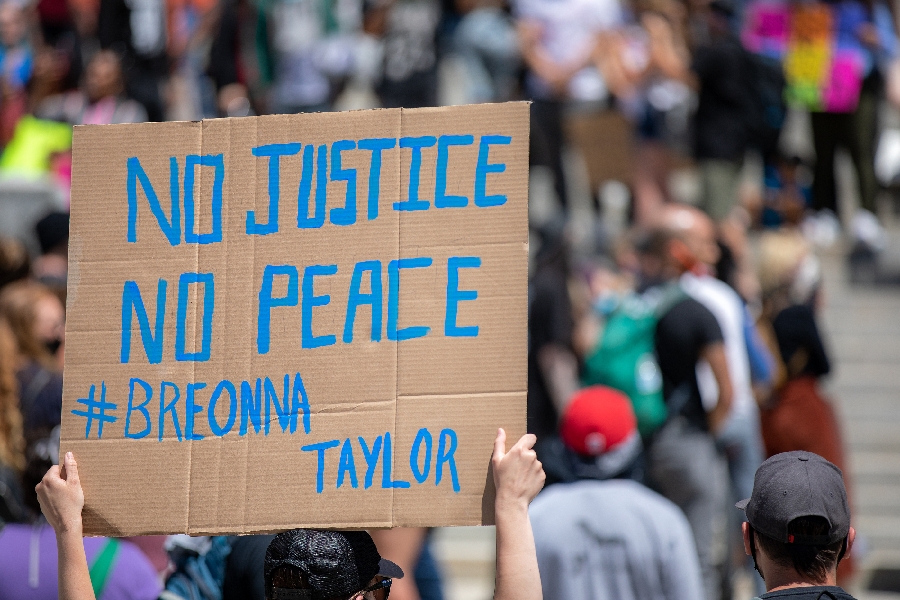 As a Grand Jury announced the charges against police officers in the death of Breonna Taylor, professors took to social media to express their outrage. One professor claims she is “ashamed to be an American”, and another professor states, “white people, clean up your mess.”

In the wake of the nation learning that only one officer involved in the case was charged with “wanton endangerment” for his actions during the Breonna Taylor raid, professors have taken to social media to express their anger. One college even canceled classes after the ruling in the case had been released to the public.

"The justice system does what all our systems do. Devalue Black lives."

With no officers being charged with the death of Taylor,  “#BreonnaTaylor” was trending on Twitter, and professors from all over the country expressed their outrage. University of Illinois English professor Catherine Prendergast took to social media stating, “I am so ashamed to be an American citizen today.”

[RELATED: UC Boulder prof on Trump: ‘I just want him to die’]

Gender and Women’s Studies professor at the University of Wisconsin-Madison Sami Schalk posted on Twitter, “Racism really keeps fucking up my days and I would like it to stop now please. White people, clean up your mess. Thank you.”

Associate professor of Sociology, Health, Medicine, and Society at Lehigh University Sirry Alang also posted on social media, saying  “The justice system does what all our systems do. Devalue Black lives. The message is clear: OK to shoot a Black woman multiple times. But you’d get in trouble if bullets strike a (White?) person’s house. Angry, sad, but not surprised. #BreonnaTaylorWasMurdered. #BlackLivesMatter.”

Brittney Cooper, a professor of Gender and Women’s Studies at Rutgers University told MSNBC, “We have a problem with police being lawless in this country, and they've been lawless since their inception.”

[RELATED: Prof compares Mitch McConnell to a Nazi who 'picks off old Jewish ladies with his rifle']

Professor of Communications at Middlesex Community College Jen Bauer also posted on social media about the ruling stating, “#BreonnaTaylor was killed in her home. This is not justice. This is white supremacy at work.”

Campus Reform has reached Prendergast, Schalk, Alang, Cooper, and Bauer for comment. Prendergast took to social media to post a screenshot of the correspondent’s email as well as the link to her bio from the Campus Reform website.

Schalk responded with the following statement:

“Do you feel good about the work you do? Do you think you are doing more good than harm? Do you think of me as a person who grieves and hurts and loves and cries and feels things or am I just a persona on social media to you, Haley? Are your parents proud of you? Do you think your future children will see your work and look up to you? Do you love doing this? These are rhetorical questions. I have no comment.”

Bauer replied with varied personal attacks, and copied the Dean of Social Science to the email thread so as to make him aware of the reporter’s “actions.”

“Students, faculty, and staff all have the right to express their own opinions on social media. When they do so, they are speaking for themselves, not the university,” the University of Wisconsin-Madison told Campus Reform.