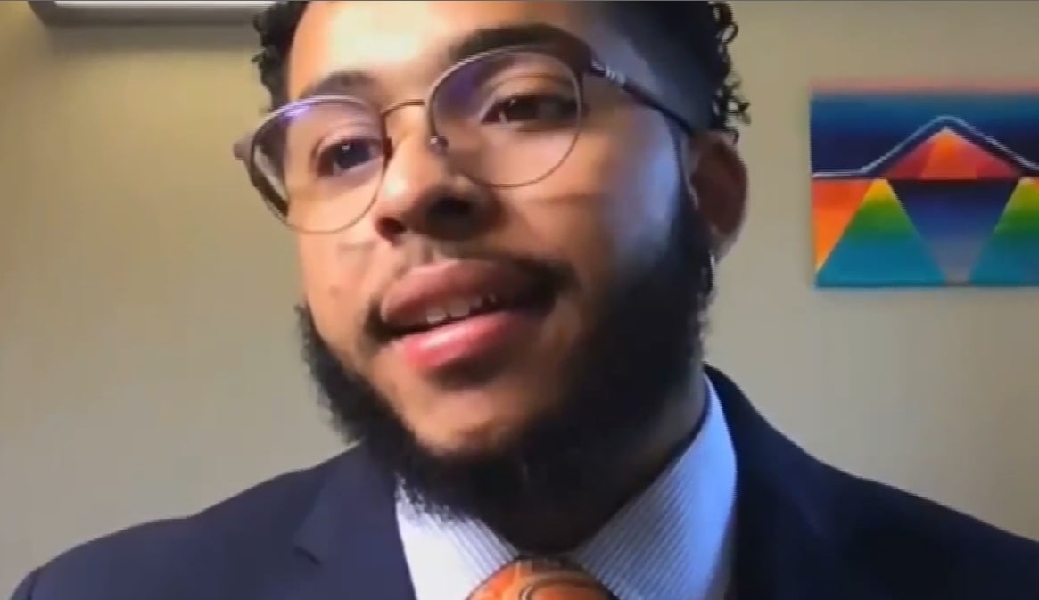 A University of Illinois student was evicted from his dorm and fired from his job as a resident assistant after refusing to quarantine per orders of the Champaign-Urbana Public Health Department. He told CBS 2 in Chicago and Campus Reform that he has never tested positive for COVID-19 and that this is all a mistake.

“I have remote classes, and I don’t see many people. It’s easy to narrow down who I see and when I see them"

“I pose no health risk to any student,” added Josephs, who is facing possible dismissal from the school after being notified by the Champaign Urbana Public Health Department that he had contact with an individual who tested positive and must therefore immediately quarantine.

Xavier has not been told the identity of the individual due to HIPAA restrictions.

U Illinois students are required to quarantine for at least fourteen days if instructed by the Champaign Urbana Public Health Department, according to the university’s quarantine and isolation guidelines.

The university maintains an expansive contract tracing system, both through the Champaign Urbana Public Health Department and its Safer Illinois app. Students who receive a contact tracing phone call from the Champaign Urbana Public Health Department must answer it immediately and abide by all department demands. Students who refuse to follow their directions face immediate suspension.

Josephs told Campus Reform, "I received a call from the Health Department on September 26th notifying me that I had contact with someone who was exposed to COVID-19 on Monday, September 21. The employee explained that I would need to quarantine for the remaining days of the 14-day exposure period."

In a statement to CBS2, UIUC Associate Chancellor for Public Affairs Robin Kaler said that “when CUPHD contacts someone to instruct that person to quarantine, it isn’t based on what that person did on a single date. Contact tracing covers the infected person’s activities over a period of days, and the person who is instructed to quarantine is not told who was the source or where that contact happened."

Josephs further explained to Campus Reform that since his alleged exposure, he has tested negative for COVID-19 multiple times. Josephs provided Campus Reform of screenshots from UI's Safer Illinois app, showing his negative test results from mid-September through early October. He added, "I have repeatedly tested negative for COVID-19, even after the 14-day incubation period."

Nevertheless, Josephs said the university contacted him on Sept. 30 "to move into a quarantine dorm on October 1st for the remaining 4 days of the 14-day incubation period."

Josephs refused to move into the designated quarantine dorm because he believes his health would be at risk due to the possible risk of exposure to others there.

"This relocation would also place me, a healthy individual, in a shared living space with other students who have had exposure, posing a danger to my health and ability to perform in my academic studies," Josephs told Campus Reform.

When Josephs refused to relocate, he said he then received an email from the school's disciplinary office.

"It was alleged that you entered into Bousfield on 9/30, 10/1, 10/2; swiped into 57 North swipes on 9/30; swiped into the Caffeinator on 10/2. you swiped into Ikenberry Dining on 10/2/20," Assistant Dean of Students and Assistant Director of Housing Robert Wilczynski wrote to Josephs in an Oct. 3 email, a copy of which Campus Reform obtained. "Such conduct, if proven," the email continued, "would fall within the jurisdiction of the student discipline system and would constitute a violation of our community standards."

On Oct. 7, Josephs replied to that email, notifying the university that he had only tested negative for COVID-19. The next day, Wilczynski wrote back, saying, "You received directions from the campus and the health department for which you are not authorized to deviate from.  This is a dismissible offense from the university, therefore I need your immediate compliance while my investigation continues."

Campus Reform made multiple attempts to reach multiple UIUC officials for comment on this story. No responses were received, except for an email sent by mistake from UIUC Senior Assistant Director of Communications and Marketing Chelsea Hamilton, who wrote, "Robin, Are you handling this one. Or should I? He is terminated and not living in UH [University Housing] anymore."

The message, which appears to have been intended only for Kaler but was mistakenly sent to Campus Reform as well, was in response to Campus Reform seeking to confirm whether Josephs was terminated from his RA position.

Josephs provided Campus Reform with a copy of the letter he received from the university, stating that he was being removed from university housing. "This is not a judicial action; this is an administrative action," the letter stated.

"As noted in several campus mass mails from Chancellor Jones and university COVID-19 policies and protocols, isolation or quarantine as directed by CUPHD is mandatory. If you do not follow this guidance, you will be in violation of state law," the letter continued.

Josephs told CBS2 that it was the university's "goals" to "give me the ultimate discipline to dismiss me from the institution."

“I’m being disciplinarily charged for putting people's health at danger, but nobody’s health is at danger," he said.

In a statement to Campus Reform, Josephs said, "I am [a] stand up leader in the black community and am the epitome of a hardworking young man who doesn’t deserve this type of unconstitutional treatment from the university as other students continue to host parties and test positive for COVID-19 and face no disciplinary action. Here we see the university attempting to ruin the life of an innocent young man over fallacious claims where I have done nothing but work hard toward making his family and community proud."

At least 16 UIUC students have been dismissed for violating COVID guidelines.

Campus Reform previously covered a situation at the UIUC wherein three students were criminally charged for hosting a party.