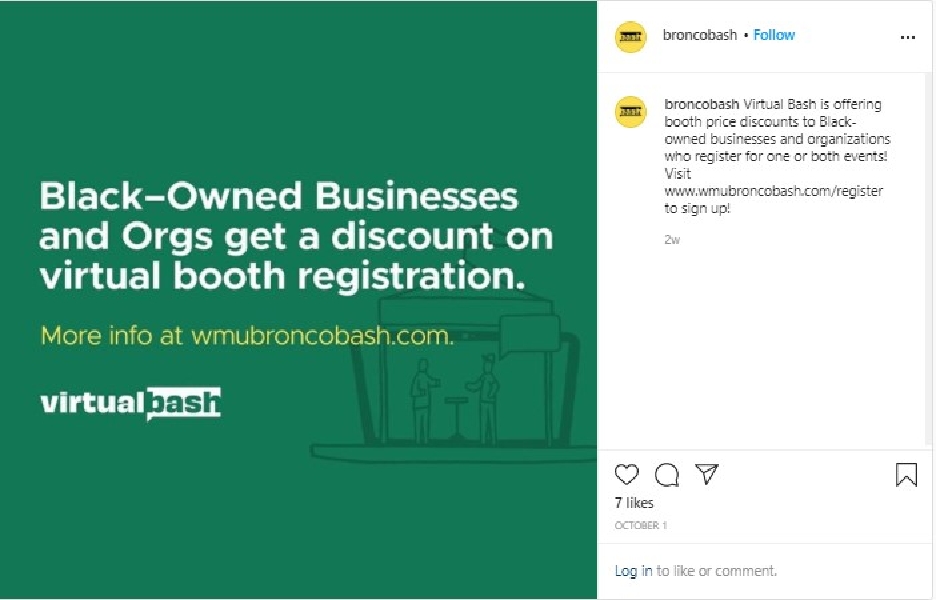 WMU’s Bronco Bash — which “introduces students and the local community to a wide array of clubs, organizations, fraternities, sororities, sports, local businesses, and WMU offices” — advertised that it would grant lower registration fees to black-owned businesses and organizations. Instead of taking place in the center of campus, the event will occur virtually.

"With these resources, we will continue our work in the spirit of Dr. King’s final address..."

On Sept. 23, Western Michigan University published a press release discussing the ways in which it is forwarding “racial justice.”

Through its new “Mountaintop Initiatives” program, the university is investing $2 million “to advance the University's charge toward racial justice.”

"With these resources, we will continue our work in the spirit of Dr. King’s final address. I will be seeking proposals from the entire community, especially the RJAC, for investments and initiatives that advance racial justice at WMU," said WMU President Edward Montgomery. "This initial investment will fund efforts that will move us toward a campus rich in human diversity, strong in our desire to dismantle unjust and inequitable systems and united in an effort to demonstrate that hate and racism have no place among us."

Similarly, the university launched a “Racial Justice Advisory Committee,” which will “identify issues of systemic racism and racial inequities at WMU and recommend actions the WMU community can take to create a culture of change.” Vice President of Diversity and Inclusion Candy McCorkle will lead the initiative.