A look inside a freshman 'disorientation guide' at UPenn 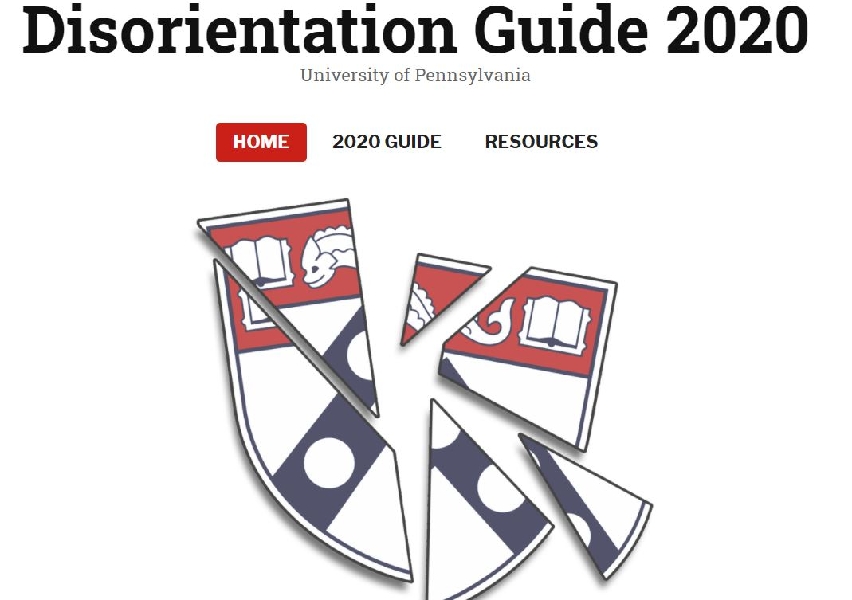 “truly disheartening that American students are taught that capitalism is evil, Marx is wonderful, and that trustees are inherently problematic because they are CEOs"

Student organizations at the University of Pennsylvania created and disseminated a “Disorientation Guide” to incoming freshmen.

Although groups had previously distributed past years’ guides at Penn’s convocation and new student orientation, the guide was only published online due to the virtual fall semester.

In spite of this alteration, the guide’s welcome letter explains that “some things never change in the capitalist United States.” Namely, the “wealthy and powerful largely escape disease mortality while continuing to grow their stock portfolios and consolidating their domination on society,” even as homelessness and unemployment rise.

With this context in mind, the guide attempts to “present a more honest picture” of Penn, even though the university “works very hard to present a favorable picture of itself.” The guide hosts several articles, which discuss the university’s relationships with slavery, climate change, police, gentrification, and other issues.

For instance, the article on “Penn and Slavery” introduces freshmen to the Penn & Slavery Project, which seeks to unearth ways in which the university participated in slavery and scientific racism.  Likewise, an article describing the activities of Police Free Penn, a student group that aims to “abolish policing and transform community safety," urges students to join, read its demands to the university, and sign its petition.

The guide’s article on “Penn-trification” says that although the university “nominally” serves students of all backgrounds, “its recent legacy in Philadelphia communities has been one of gentrification.” It alleges that “Black and Brown residents continue to suffer rent hikes, eviction notices, and eventual displacement” from Penn’s gradual purchase of land in West Philadelphia, without mentioning that the university employs more than 23,000 people as of November 2018.

One Penn freshman, who asked to remain anonymous, received a copy of the guide in early October.

He “could not believe these kids have so much time on their hands.”

Though he said he thinks it is “truly disheartening that American students are taught that capitalism is evil, Marx is wonderful, and that trustees are inherently problematic because they are CEOs,” he pointed out the hypocrisy of the students who wrote the guide.

“If these students believe that Penn is patriarchal, systemically racist, a hive of rape culture and fascist thought, then to me it is sheer hypocrisy that any of them still choose to support Penn's existence by attending and paying tuition,” he explained.

Campus Reform reached out to the university for comment and will update this article accordingly.