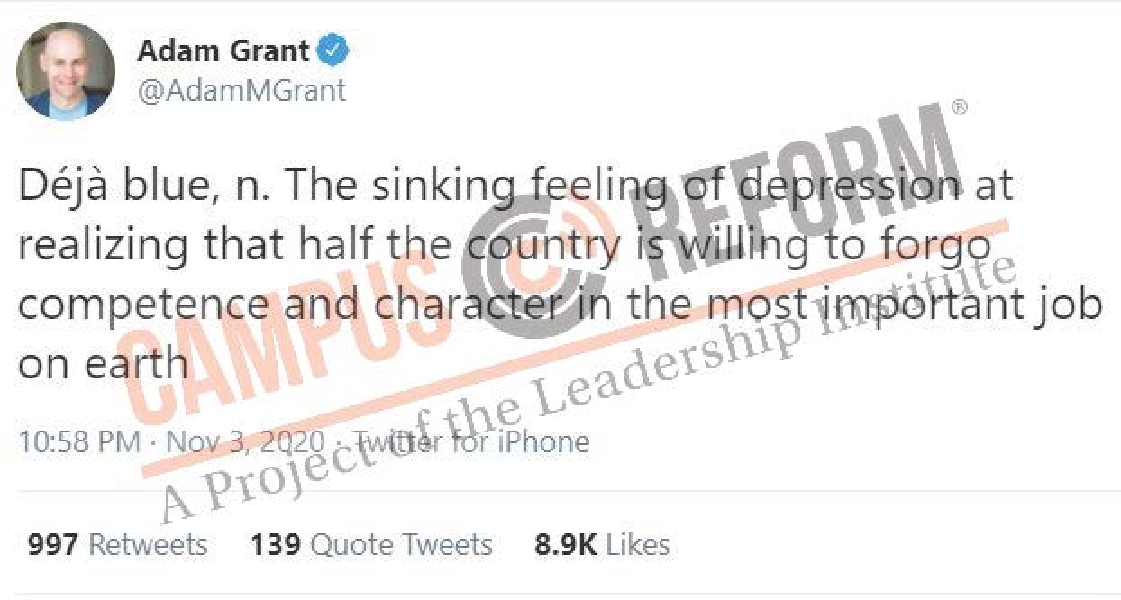 Professors took to social media on the evening of the Nov. 3 election, expressing their disdain at a strong performance from President Donald Trump and other Republicans across the country. While there is no clear winner of the presidential race, Trump yet again defied most of the polls in key swing states, as he did in 2016, resulting in several states remaining too close to call the morning after polls closed.

“You will not be assessing knowledge. You’ll be assessing exhaustion, a commitment to democracy, and a million other things.”

Captioning a prediction from AP Politics projecting that McConnell would win in Kentucky, Kendi simply tweeted “no.”

Professor Adam Grant of the University of Pennsylvania’s Wharton School had a “sinking feeling of depression” knowing that half of the United States voted for Trump.

Déjà blue, n. The sinking feeling of depression at realizing that half the country is willing to forgo competence and character in the most important job on earth

Jesse Stommel, a senior lecturer in linguistics at the University of Mary Washington, explained on Twitter that he "basically cancelled" all of his classes for the rest of the week.

Many institution’s cancelled classes today. That isn’t enough. I basically cancelled the whole week. I added stuff to the syllabus. But it’s all optional. And the readings connect issues of the course to the election.

No exams. Nothing graded. No proctoring. Now is not the time.

On election night, he also found himself “feeling genuinely unsafe” given the number of people willing to vote for the President.

Again, I find myself feeling genuinely unsafe, given the sheer number of people willing to vote for Trump.

Professor Sara Goldrick-Rab of Temple University encouraged her colleagues to cancel their exams after the election: “You will not be assessing knowledge. You’ll be assessing exhaustion, a commitment to democracy, and a million other things.”

If you have an exam scheduled for your students tomorrow, you need to postpone it.

You will not be assessing knowledge. You’ll be assessing exhaustion, a commitment to democracy, and a million other things.

Your exams can wait a week. Thank you.

An analysis from Bloomberg revealed that individuals in the education sector — especially college professors — were among the most likely to support presidential candidate Joe Biden over President Trump. 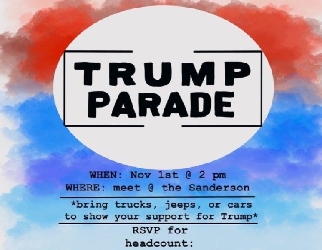 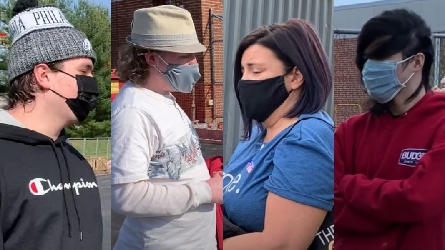 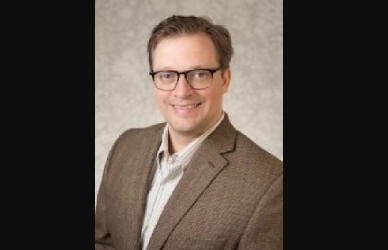 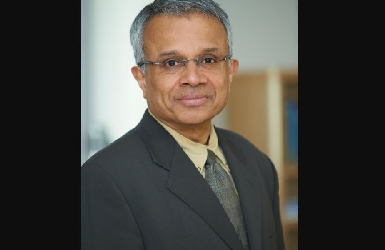